Mindy Avra Portnoy is a rabbi at Temple Sinai in Washington, D.C., and the author of several books for children, including Ima on the Bima, Where Do People Go When They Die?, and Matzah Ball.

Q: Two of your books, A Tale of Two Seders and Matzah Ball, deal with the Passover holiday. What about Passover makes it a good subject to write about, especially for kids?

A: Passover (Pesach) includes so many tangible symbols, which makes it very accessible to people of all ages, including children. And the Seder’s setting is at home, where children can celebrate comfortably. Of course, on a practical level as far as the world of publishing/marketing goes, people are also often looking for a meaningful Afikomen present to give to a child, and a book is still the perfect gift. 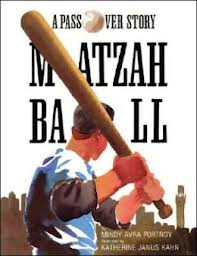 In terms of the particular topics of my two Passover books, Passover does often coincide with the beginning of the baseball season; both represent spring and renewal in many ways. In Matzah Ball, I deal with the issue of “feeling different” (which in the case of the child in the book means he can’t eat the usual ballpark food); I discovered after publishing it, that other minority groups related to it well.  Mostly, I wrote it because I’m a fanatic baseball fan!

My other Passover book, A Tale of Two Seders, deals with the family dynamics of Passover, in this particular case, two parents who are divorced. The idyllic picture of the traditional family gathered together around the Passover Seder table turns out to be more complicated for the child in the book; this reverberates for people in other holiday situations, like Thanksgiving. How do you “make it work” when your family is “different”? In this case, the charoset recipe serves as the perfect metaphor!

Q: What reaction have readers had to your book Where Do People Go When They Die?, and why did you decide to write a book explaining death to children? 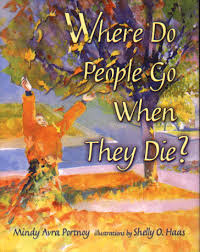 A: What most surprised me in the reaction to Where Do People Go When They Die? is that so many adults tell me it has served as a catalyst for THEM to discuss death and their beliefs about an afterlife with other adults! I thought I had written a book for children, but it turns out death is such a taboo topic that this simple book often helps adults to find a way to talk about their own feelings, beliefs, hopes. It is a book which also appeals to people of different religions or who are not religious at all; it is not for Jews only (this often happens with my books; I discovered to my surprise that many Christian groups really appreciated the “Elijah” figure in Matzah Ball!).

I wrote Where Do People Go When They Die? because I discovered I  (as a Rabbi) needed a book like that to recommend to parents of young children who had experienced the death of a loved one, and who were trying to find appropriate language to discuss it with them. The illustrations in the book are very colorful and warm, not at all “scary”, and the words and pictures together enable parents to broach the subject. It also allows parents to be able to say that people have different ideas about what happens after a person dies, and that there doesn’t have to be one pat answer.

Q: You were one of the first women rabbis in Reform Judaism. How did your own experience inspire you to write Ima on the Bima? 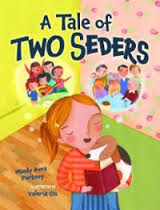 A: I wrote Ima on the Bima because I came up with the title and knew that one of my colleagues would no doubt write such a book, so why not me? I was one of the early female rabbis, and I knew that there were no children’s books which included a woman rabbi. I also discovered that there were no books just talking about what rabbis do. And in fact it is important to note that nowhere in the book does the child say anything about it being strange our unusual that her MOM is a rabbi, because for children of that generation (the book was published in 1986), it was just a fact of life, it was not unusual for them.  That’s what they grew up with! I have recently authored an essay for the Central Conference of American Rabbis for an upcoming anthology about the 40th anniversary (2012) of women in the rabbinate, in which I re-examine Ima on the Bima from the perspective of 27 years later.

Q: Another of your books, "Mommy Never Went to Hebrew School," deals with religious conversion. How did you come up with the particular characters for that story?

A: Again, I wrote Mommy Never Went to Hebrew School because I couldn’t find children’s books about the topic of conversion to Judaism, and yet so many children were growing up with parents who had converted, and it is important for children to see themselves in literature.  My publisher, KAR BEN (later bought by Lerner Publishing), recognized that new kinds of books needed to be published for a new world of Jewish children, who couldn’t see themselves in the “old school” of Jewish children’s literature. It was actually a very daring venture, because the Jewish children’s publishing world is a small niche, and there were very traditional Jews who would not purchase a book with a woman rabbi for example (there were Jewish bookstores who wouldn’t even sell Ima on the Bima at first!) or in which there was full equality between men and women, etc.

Q: Are you working on another children's book?

A: I’m working on several different writing projects, including another children’s book. In the past couple of years, I’ve been writing blogs (on my Women’s Rabbinic Network site, for example), articles for Haaretz.com, two essays for LILITH magazine, the essay for the CCAR anthology, and am hoping (as I retire from my full-time congregational position at the end of May) to work on a longer (perhaps even adult) project as well. I think there are still underserved areas to be explored in Jewish children’s literature, e.g. Jewish children’s relationships with children from other religions, the impact of interfaith marriage, and many others. I may want to write a follow-up to Ima as well.

A: Thank you for asking me to share my thoughts with you. I’m available for speaking engagements and book fairs, so if anyone is interested, you can contact me at breenport@gmail.com.