Deborah Mathis is the author of Yet a Stranger: Why Black Americans Still Don't Feel At Home, What God Can Do: How Faith Changes Lives for the Better, and Sole Sisters: The Joys and Pains of Single Black Women. Her journalism career includes working as a syndicated columnist and serving as White House correspondent for Gannett News Service.

Q: Your book Yet a Stranger came out more than a decade ago. How have things changed, and how have they remained the same, since then, and would you say that black Americans feel more "at home" today or not?
A: Sadly, there is a legion of Black Americans who are still on the outskirts of mainstream society -- poorly educated, unemployed or working poor, unhealthy, and with no viable access to opportunities that can change that.  The health and wealth gaps between Black and White America are outrageous. Equal opportunity remains elusive for so many that it is impossible to consider it anything but systematic.

So, although it is their homeland, the country is still inhospitable to many Black Americans.  The doorway to the middle class, which is where opportunity abides, is jammed.

Q: What role has President Obama played in affecting the country's attitudes toward race? 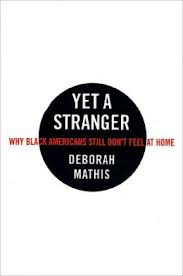 A: There are two ways to look at this: What has President Obama meant to race relations and what has his election meant?  I'll start with the latter.

His election in 2008 was powerfully symbolic as (a) Black America's sense of empowerment, hope and justice; and (b) White America's sense of redemption and hope. So, the election itself held tremendous potential for healing racial sores and debunking stereotypes and changing the expectations game.

However, I don't think President Obama has presented himself as a bridge to be inserted into the racial divide significantly or often enough for it to have made a measurable difference in attitudes toward race.  He would have had to consistently remind the public that he is a black man -- explicitly and unambiguously asserting his blackness -- but, of course, that would have rubbed a lot of people the wrong way, including progressives who prefer the "color blind" tact or believe that race is irrelevant.

And it would have aggravated those who are the most clearly -- and, for them, painfully -- aware of his blackness, i.e., the white Americans who despise the idea of a black man as leader of the world's most powerful nation, their nation. I'm speaking of the "take-my-country-back" crowd, which, as we know, includes a huge range, from rednecks and rabble-rousers to judges to members of the U.S. Congress.

I'm not saying that President Obama should have been more of a "race man," in light of his political ambitions (re-election and beyond), but that's what it would have taken for him to have made a substantial difference in overall attitudes. As it is, I think he's considered an "elite" or "exception" to the black norm and, while I agree that he is a proud example of black preparedness and talent, he is not the only black man -- or woman -- who could be president of the United States.

So, I guess I'm saying that had he presented himself as more of "one of us," more people who are misguided about black people (for whatever reason) might begin thinking that smart, capable black men aren't so rare after all.  I don't think that's happened.

Q: You spent many years covering President Clinton. How would you characterize the relationship between him and President Obama, and what do you think Hillary Clinton will do next?

A: I will always believe that Bill Clinton is the most intuitive, gifted and natural politician of our times.  I know that he is fiercely proud and loyal of his wife and, therefore, I think there was some bad blood between him and Barack Obama during the 2008 race. 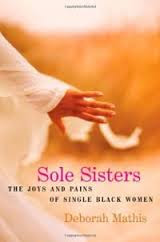 I also think that, had Obama had some of Clinton's runaway charm -- and he most certainly does not -- Clinton would have been less cooperative with Obama because it would have stolen Clinton's thunder.

But, since Obama chose Hillary Clinton as secretary of state and did not threaten Bill Clinton's political reputation, I believe Clinton was happy to help in the 2012 race, especially since he got to play the role of "fixer" and "savior" and since holding the White House for a possible Hillary occupancy was at stake.

And, absolutely, I think and hope she will run.  If she does, she can win.

Q: What are you working on now?
A: I'm working on a book project -- another non-fiction work -- about an incredible murder case in Florida.  Otherwise, I'm enjoying my two fabulous granddaughters, ages 4 and 1.