Jennifer Roy's novels for kids and teens include Yellow Star, Mindblind, Cordially Uninvited, and the Trading Faces series. She also has written non-fiction books for young readers. She lives in Saratoga Springs, N.Y.

A: When I was growing up, I was told next to nothing about my family’s experiences during World War II.  In fact, every year at the synagogue’s Yom Ha’Shoah (Holocaust Remembrance Day), the older congregants would tell us children to “never forget.”  But since no one would talk about it, we weren’t sure what we were supposed to remember. 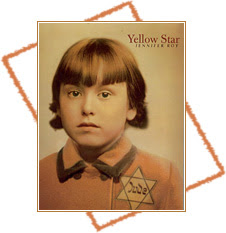 I was so grateful that my Aunt Sylvia finally told her story – and stunned by what she lived through.  All reactions to Yellow Star from the family members still living have been positive, and Aunt Sylvia thinks it is wonderful how Yellow Star has impacted readers.

Q: You have written that you used some of your own experiences as a teacher and what you have learned from your son, who has a mild form of Asperger's syndrome, to write Mindblind. Was it difficult to put yourself in the mind of a teenage boy to write the book? 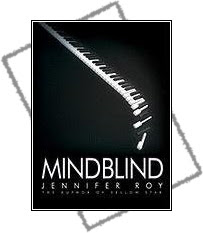 A: Writing Mindblind came surprisingly natural to me.  I am not a teenage boy, and I think very differently than people on the spectrum.  But living with my son and having worked with children with special needs, I just envisioned a character with that mindset, and it came out in the character of Nathaniel.

Q: You write the Trading Faces series about identical twins with your own twin sister, Julia DeVillers. How is it to write with your sister? 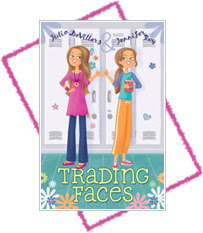 A: Writing with my twin has been great.  We each write one character and alternate chapters.  Julia is hilarious and insightful, and I can just pick up where she leaves off.  It is like when we were kids and made up plays and stories ... only now we get to share them with a much larger audience!

Q: In addition to your novels, you also write educational books. Do you prefer one to the other, and why or why not? 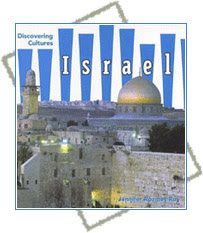 A: I began my writing career doing educational books, because I was a teacher.  I’m very pleased with the books and series I authored.  However, fiction is much more creative and fun to write.  I may write more non-fiction in the future – my teacher self still loves introducing new concepts to kids – but for now I’m focusing on fiction.

A: I am currently writing the sequel to Cordially Uninvited, which was a middle grade novel about a girl whose commoner cousin marries the Prince of England.  The new book is called Royally Unexpected. 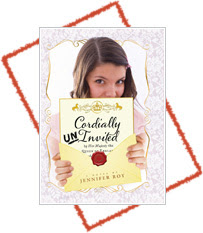 After Royally Unexpected I may write a more serious historical fiction novel for middle schoolers and up, and my twin and I also have some ideas.  Stay tuned!

A: I appreciate the support Yellow Star has received from readers of all ages.  Aunt Sylvia is doing well and truly appreciates the response she’s gotten from her story.

I feel lucky to be an author and a mom and a twin – but not necessarily in that order!