Debra Spark is the author of three novels and an essay collection, and the editor of the anthology 20 Under 30. Her most recent book is a novella and short story collection, The Pretty Girl. She teaches at Colby College and Warren Wilson College, and lives in North Yarmouth, Maine.

Q: Your most recent book, The Pretty Girl, focuses at least in part on the role of art in your characters' lives. Why did you choose that as one of the book's themes? 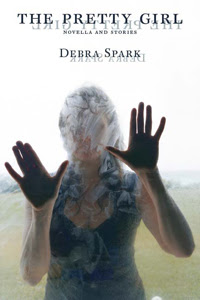 A: In some ways, the focus on art is pure accident.  I wrote the stories in The Pretty Girl over the course of ten years and only pulled them into a collection five years after I finished the last story.  So I never had a unified notion about the work.  When it was done, however, I saw there was this pattern:  all the stories circled around art and deception.

As to why art became a preoccupation in the work rather than something else, that’s simply related to my autobiography.  The fiction writer Lorrie Moore once said that the relation between events in “real” life and fiction is a bit like the relationship between items in a kitchen cupboard and cake.  The cake doesn’t equal what’s in the cupboard, but it is made up of those things. 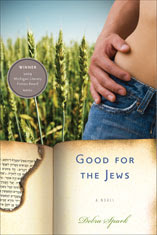 In the kitchen cupboard of my life, there is a lot of art, and there are a lot of artists.  I am married to a painter.  Many of my friends are artists of some stripe.  My parents and grandparents were great appreciators of the arts, and we offspring have proved to be the same.  Still, I don’t aim to write autobiographical fiction.  When I use art and artists in my life, I try to do so in such a way that I end up with cake … and not baking soda.

Q: You edited a compilation, 20 under 30, when you were 23 years old. How did you select the authors to include in the collection, and what has the book's impact been over the years? 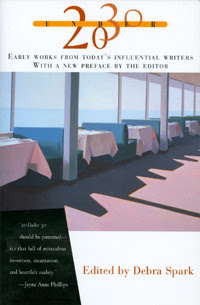 A: The anthology 20 Under 30 started with a story I admired by a fellow classmate in college.  When I went to grad school, I found some more work by fellow students.  Then I started asking writers to recommend young writers to me.  I wrote to some writers to ask for names.  I asked for names from those I met at grad school.  Once I found one writer for the anthology, I asked him or her to suggest other writers.

Sometimes I’d read a story I liked in a literary magazine, and the bio in the back of the magazine made me think the author might be under thirty, so I wrote the writer directly and expressed my interest and asked their age.  This often backfired.  I got more than one “Contact me when you do sixty over seventy!” responses.

The anthology sold well back in 1986, and over the years many writers and readers have told me how important the book was to them.  Recently, though, I went to a literary conference, where a man read a piece of his that was included in The New Yorker’s 20 Under 40 anthology. 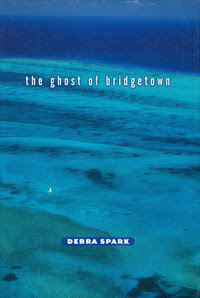 I mentioned that I’d put together an anthology with the same name (if a different number), a quarter of a century earlier.  He didn’t believe me.  A writer friend was with me, and she said to him, “It’s true.  It was a big deal!”  But he still didn’t believe me!  So perhaps that’s the story of the impact the book has had through the years!

Q: You also have written three novels and a book of essays on writing. Do you prefer writing novels, short stories, or essays?

Q: As a professor, what do you focus on with your students when it comes to creative writing techniques? 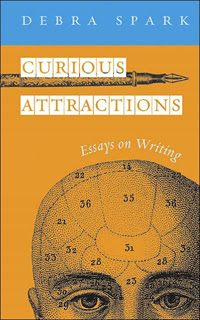 A: Sometimes I’ll be at a party and someone will say, “Oh, but do you really think you can teach writing?” and I wonder what I am supposed to say.  “No, but lucky me, I got someone to pay me to do it nonetheless”?

There is a serious answer to the question, though, which is that you can’t teach someone to have an imagination, but you can help people access their imagination.  And you can teach some things.  You can teach elements of craft, which is maybe what you are asking when you ask about technique.  In an introductory fiction writing class, I teach standard topics—character, point of view, plot, dialogue.

With advanced undergraduates and graduate students, the craft topics are really as wide-ranging as fiction itself.  My most recent graduate student talks have been on humor, suspense, magnitude, and revision.  I have in mind to do a new lecture on how to craft an extended scene and another on how to use “journalistic” research in fiction. 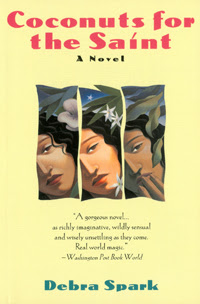 A: I am working on a novel called Unknown Caller, and it begins with a surprising middle-of-the-night phone call then moves backward in time to tell the story of a brief troubled marriage and the far-ranging consequences of that marriage.  The novel starts in Maine, but then goes to London, Paris, Barbados, and a few other places before resolving.

A: Anything else?  Oh, goodness.  Well, years ago, I was marking up a graduate student story at the kitchen table.  I had to leave my desk to do something.  When I came back, I saw that my son (who is now 13) had scribbled, “Needs more kung-fu action” in the margins of the story.  Now my son doesn’t advise me about my students’ work.  He advises me about my own.  He keeps telling me my novel-in-progress needs an explosion.  My novel actually has an explosion.  When I tell my son this, he says, “Well, then, it needs two.”  This is the literary advice that I am considering at the moment.