David Grann, a staff writer for The New Yorker, is the author of The Lost City of Z: A Tale of Deadly Obsession in the Amazon, and The Devil and Sherlock Holmes: Tales of Murder, Madness, and Obsession.

Q: Your book The Devil and Sherlock Holmes is a collection of non-fiction mysteries. Is there one that you found especially intriguing, or that stays with you more than the others?

A: In some ways, “Mysterious Circumstances: The Strange Death of a Sherlock Holmes Fanatic,” the title piece. It taps into many themes that are part of the other stories, particularly the blinding, maddening struggle to make logical sense of things.

Another story that has stayed with me is that of the French imposter who posed as a missing kid from Texas; after awhile, he began to wonder if he was the one being conned.

But, in terms of the themes, “Mysterious Circumstances” probably stays with me the most. There’s a quote in that story from the main character’s sister, who says that we have to learn to live without answers. That phrase applies to many of the stories.

Q: You write, “Reporting, like detective work, is a process of elimination.” Was there a consistent pattern to how you reported the stories in The Devil and Sherlock Holmes?

A: Generally in reporting you develop certain habits of investigation that are similar from one story to another. It’s not all that glorious; you’re chasing document trails, chasing sources. At its best it can feel like a treasure hunt. Clues lead to other clues, some of which turn out to be dead ends and some of which turn out to be incredibly illuminating. The people, the cultures, the documents might vary from story to story, but the general process of reporting is extremely similar. 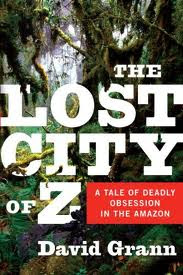 Q: Your first book, The Lost City of Z, is a journey on two levels: the explorer Percy Fawcett’s journey, and your own journey. Did you intend all along to structure the book that way, or did it develop as you were writing?

A: It really developed to some degree. When I researched the story originally, I did not intend to go into the jungle. I intended to tell Fawcett’s story, and that of one of the recent explorers who went into the jungle and was kidnapped.

Going back to my earlier answer, this was a case of clues leading to clues, and of getting a bit consumed with the material, until finally I decided to go myself. I tracked down a descendent of Fawcett who lived in Wales and who had an old chest, with old locked books covered with dust. She said these were Fawcett’s secret diaries and logbooks.

Going through the books made me realize that others hadn’t searched for Fawcett in the right places. And that’s when I began to wonder, What would I find if I went in the right direction?

Q: Does it seem unreal now, that you made that journey into the jungle, or does it seem more like just another trip for a story? 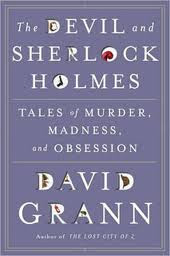 A: I went to the Amazon even through I don’t camp or hunt, I’m out of shape--I hate that stuff! It’s absurd to anyone who knows me. But at the time, it didn’t seem absurd. It seemed like the only way to complete my own quest, which was understanding who Fawcett was and what happened to him on the expedition when he disappeared. But it’s hard to imagine ever doing it again.

Q: As a writer for The New Yorker, what do you think of the changes in magazine journalism in recent years?

A: It’s difficult to answer. I don’t know how everything will shake out. I don’t know enough about the economics of magazines. I do know that it’s an extremely challenging time, even more so in the newspaper world. Ad revenues are down, and papers are in desperate shape. There are still great stories and great reporters, but many papers don’t have overseas bureaus anymore and some even lack the resources to cover American cities and counties.

I feel fortunate to be at The New Yorker, where David Remnick has done a remarkable job of insulating us writers, making sure we can do reporting. We’re not living in lavish times, but the resources are still there to do the job.

My one hope is based on the belief that people are no less curious about the world and are still eagerly reading great stories. It’s a question of the infrastructure and how to sustain the cost of good reporting. I suppose I’m naïve enough to believe that there’s some way to resolve it.

A: I just started a new book about an old crime story that took place in Oklahoma in the 1920s. There’s oil, greed, private eyes, and serial murder. I’ve been spending time in Oklahoma, doing research in archives. Hopefully, I won’t end up in some place like the Amazon.