Elizabeth Graver is the author of four novels--Awake, The Honey Thief, Unravelling, and most recently The End of the Point--and a short-story collection, Have You Seen Me? She teaches English and creative writing at Boston College.

Q: Is Ashaunt Point based on a real place, and why did you choose to focus the novel around a particular location?

A: Yes, Ashaunt Point is based on a real place—a little summer community on a small peninsula in South Dartmouth, Massachusetts, where my husband's family has owned a house for five generations (though I have liberally changed the place to suit the purposes of my novel).

I was interested in the tight focus that a small place could provide for my story, as well as in how a place can serve as an anchor, for better or worse, for the people who return to it over and over again.

The real place that I based Ashaunt on fascinates me for how it embodies a number of dynamic contradictions and tensions. It is at once isolated and not, protected and fragile, private and porous, owned and, in the end, un-ownable in some fundamental way. 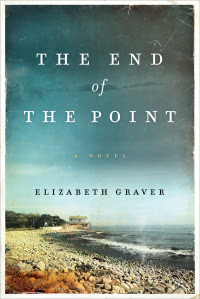 In her wonderful essay, "Place in Fiction," Eudora Welty writes, "Place in fiction is the named, identified, concrete, exact and exacting, and therefore credible, gathering spot of all that has been felt, is about to be experienced, in the novel's progress. Location pertains to feeling; feeling profoundly pertains to place; place in history partakes of feeling, as feeling about history partakes of place."

Welty gets at the compelling mix of the particular and the vast that a focus on place can provide for a writer, as well as at the emotional pulse of place. I'm very attached to the natural world of New England, and I view this novel as a kind of (complicated) love song to that world.

Q: Throughout the book, various members of the Porter family see Ashaunt as a place of refuge. How important do you think it is for your characters Helen and Charlie, in particular?

A: I see Ashaunt as a mixed blessing for both Helen and Charlie.  It's a retreat where they can shrug off some of the outside expectations of the world and find a relationship to their own pasts and to nature that is deeply nourishing.  But Ashaunt also brings them into close proximity to family, with all the intimacy, expectation, tension, love and anger that can come with that.

At various points in the novel, Helen wants nothing more than to get away from Ashaunt, yet she is always pulled back, as much by internal as external forces, and at the end of her life, she loves the place as nowhere else.

Ashaunt lands Charlie right in the lap of his complicated family, but it also allows him to live slightly apart from them in his little cabin. He forms a relationship to the land that is almost like that of a child to a mother.  In times of great trouble, he manages to move outside himself through caring for the land and feeling cared for by it.  For him, perhaps more than for any other character in the novel, Ashaunt is a gift.

A: My original idea for this project involved covering a much wider swathe of time--something I play with in the Prologue chapter, "Fifteen Axes, Fifteen Hoes." As I wrote, I realized that I wanted to go deep, and that in order to do that, I had to focus in more and cover less time. 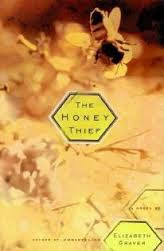 I was drawn to the first three of these time periods because of how they are times of intense change (World War II, Vietnam, changing roles for women, etc.).

1999 interested me for a different reason; it's a moment right before enormous change: the new millennium, of course, but also 9/11, and the rapid rise of the internet and globalism, both of which have had profound effects on how we experience place, text, and communication.

My book stops right before these changes.  There's no Wifi in this novel. It's filled with diaries, letters, even a message in a bottle, but it's also very much a kaleidoscopic story about change, so my hope is that it quietly gestures toward what might lie ahead. As a cusp year, harkening both back and forward, 1999 seemed like the right place to end.

Q: What role do you see your character Bea playing in the book?

A: Bea is an insider/outsider, both part of the family and not.  This gives her a perspective that I found particularly rich (and that, perhaps not coincidentally, in some ways reflects my own relationship, as an in-law, to my husband's family, as well as my writerly perspective, which is always observing).

I have long been interested in the position of caregiver—in Bea's case, that of a nanny or "children's nurse."  Bea loves the children she is raising, and/yet she is paid to raise them, and they are not "hers."  In some ways, this mirrors the relationship of the Porter family to the land and to each other, in that you can never "own" another person or, in the long run, even own a piece of land.

In a novel where some of the characters have, by virtue of their class, perhaps too many choices, Bea is also someone who has very few choices and who makes her own way without a family of origin to guide her.   Yet for Bea, too, place ends up being a powerful force, as we see when she moves back to Scotland in her old age.

I'm playing around with an idea for a new project that would draw on my own family history. My maternal grandparents were Sephardic Jews who came to the U.S. by way of Turkey and Spain. They settled in Queens, New York, where they had an ice cream parlor.  I have some wonderful tapes of my grandmother telling stories of her crossing to America.

Her story is very much one of diaspora and interests me both for itself and for how it might potentially serve as a kind of counterpoint to, and dialogue with, questions I've begun to explore in The End of the Point.

A: How about a list of books on my to-read pile?  Right now, it looks like this: Rachel Kushner's The Flamethrowers; Elizabeth Strout's The Burgess Boys; Dana Sachs' The Secret of the Nightingale Palace; Hester Kaplan's The Tell; Alysia Abbott's Fairyland, Karen Shepard's The Celestials (still in galley).  I just finished Michael Chabon's Telegraph Avenue, which, in its portrayal of Oakland, California, is a thick and loving homage to a place.