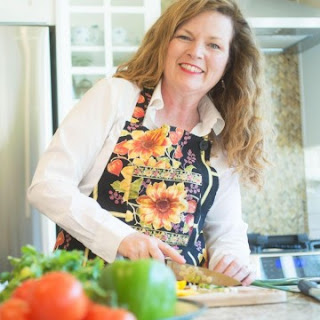 Marie Bostwick is the author of the new novel The Restoration of Celia Fairchild. Her many other books include Hope on the Inside. She lives in Oregon.

Q: How did you come up with the idea for The Restoration of Celia Fairchild, and for your character Celia?

A: It’s a funny thing but I can almost never pinpoint one moment or idea that sets me off to write a novel.  More often than not, the idea for a book builds slowly for me, until a series of seemingly random experiences, memories, encounters, and thoughts finally merge together into an actual plot.

That was definitely the case with Celia.

A decades-ago visit to Charleston planted some of the early seeds, many years before I began writing in a serious way.  I wrote a post about that on my blog, Fiercely Marie, if people would like to know more. (https://mariebostwick.com/launching-the-restoration-of-celia-fairchild/)

I was also very intrigued with the idea of a story that centered around an advice columnist who has far more insight into other people’s problems than she does her own.

Because I feel like that’s sort of every woman’s story, don’t you? It’s so much, much easier to know where other people are going wrong and what they should do to fix it than to see your own issues, isn’t it?

I also knew that I wanted to write about a woman who is forced to confront her past, figuring out what to discard and what to keep, how to restore the best of what she once was and then meld it with who she is and who she wants to become.

In short, I wanted to write a book about personal restoration because I feel like that’s something that everyone has to deal with at some point in their lives. 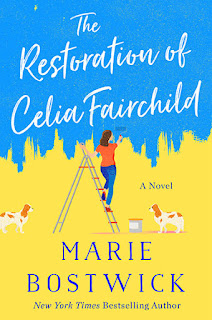 Q: The novel takes place in Charleston, S.C. How important is setting to you in your writing?

A: Setting is a hugely important part of my writing. Certain locations or time periods have an enormous impact upon the choices that characters make, or the values they hold dear. Those are the types of settings that I’m most attracted to. Charleston definitely falls into that category. The city has such a unique character.

Also, I take a great joy in helping my readers become armchair travelers. For me, that is one of the greatest pleasures of reading. I want people who read my novels to be able to visualize the city, hear the sounds of the city, and picture themselves walking alongside Celia as she rediscovers Charleston and her place in it.

For this book in particular, setting is very important. Charleston values history and, as a city, has been at the forefront of the historical restoration movement, making sure that its architecture has been carefully preserved. That’s what makes it such an ideal place to set a book about a woman who is seeking a personal restoration.

A: I always want to leave my characters and readers with a sense of hope when the book ends, so I knew that Celia would receive all she needed for life and happiness at the conclusion.

And I also had solid ideas about what she truly wanted, the obstacles she’d face along the way, and the people who would come alongside her during the story.

I knew that I wanted Celia to be vibrant, determined, have an excellent sense of humor, and a best friend, Calvin LaGuardia (loosely based on my best friend, Mark) who makes her laugh, and think, and be brave.

All that being said, I’m someone who writes my way into the story, learning more about the characters as I go alone. Generally, I go through six to eight drafts before a book is finished, and there are changes that occur in every draft – sometimes at the last minute.

In fact, the very first chapter of The Restoration of Celia Fairchild is the very last chapter I wrote. Though the book was solid when I got to that final draft, I still felt like something was missing.

I ended up writing what turned out to be a very revealing scene, centered around what happened to Celia the day before, the plot really kicked off.

As soon as I finished writing it, I thought, “Yes! Now it’s done. Now, we’ve got the whole picture.”

A: First and foremost, I want readers to be entertained by Celia’s story. Real life can be troubling, so giving people a means to escape into another world for a few hours is no small thing. I consider that my most important mission as a writer.

Beyond that, I’d like readers to exit the story with a sense of hope, a belief that happy endings are possible, even when our plans don’t pan out quite the way we thought they would.

They might also come away inspired by the need to reconnect with their own creativity, or with a deeper understanding about the importance of friends, family, and community, or a quiet commitment to forgive themselves and others for past mistakes.

It will be different for everyone, but that’s one of the things I love about books. Readers tend to come away with whatever they most need to receive at that moment.

I never, ever cease to be amazed by how powerfully fiction can influence lives.  The stories may be imaginary but the impact those stories can have on readers are very, very real.

A: My next book has the working title Esme Bishop’s Last Resort.

It’s early days yet and nobody except me seems to like the name Esme, so that might change. But I hope not.

I am planning quite an extensive book tour to publicize Celia’s release. I would absolutely love to meet some of you when I’m out on the road in March and April.

The current itinerary (which is being added to on an almost daily basis) can be found here, on my website. https://mariebostwick.com/calendar/

You might also want to check out my lifestyle blog, Fiercely Marie. I share my recipes, DIY crafting projects, health, travel, and relationship tips, book recommendations, and general musings twice a week.  https://mariebostwick.com/blog/

Finally, thank you for giving the chance to connect with you and your readers, Deborah. This was fun!