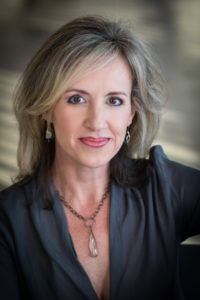 Angela Howard is the author of the memoir Sin Child. She is the founder of the PTSD-ACED Foundation, and is a registered nurse.

A: I spent my childhood and much of my adult life hiding behind a dark curtain of fear. Fear of what would happen on a daily basis. Fear of all those who judged me and sought revenge based on the doings of my family. Fear of falling asleep at night, not knowing who would be coming and going from wherever I was staying.

I suffered from nightmares and flashbacks on a daily basis and thought that as I got older and was able to put myself in more stable situations those things would go away. Unfortunately stable situations did not come for me for many years.

When I was 34 years old I decided to seek a new counselor. I had been to counselors before and had received the typical, generic diagnoses of anxiety and depression each time, but I felt like no one really listened to me. I felt like I was losing my mind.

The new therapist listened quietly for most of the session and asked few questions along the way. At the end of the session she began pulling out brochures on Post Traumatic Stress Disorder (PTSD).

As she began handing them to me and explaining each one I thought that she was the one losing her mind. I had not been to war or lost a limb. Why would she be telling me this? She reiterated that I definitely suffered from severe PTSD due to the things I endured in my childhood and even part of my adult life.

At the time, I had worked as a RN Supervisor at an inpatient psychiatric facility for children and adolescents. It truly haunted me that I had taken care of nearly 1,500 children at an inpatient psychiatric facility during my career and not one of them had been diagnosed with PTSD, when roughly 90 percent of them were severely abused and would have had ACE [Adverse Childhood Experiences] scores of 6 or more if that simple test would have been in place.

As I began to open up about my experiences and about the injustice that I felt was brought to so many of the children I had cared for, I was encouraged to write my story. 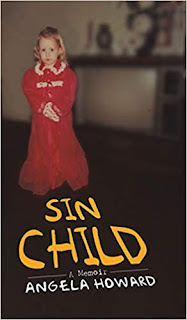 Q: You describe many harrowing experiences in the book – what impact did writing it have on you?

A: I’m certain my English teachers would have declared I would be the last person they ever expected to write a book, but with a great mentor that’s just what I did.

I was forced to dive deep into the experiences I had endured and ask myself questions I had never thought of. By doing so, I was finally able to understand my own resilience and [this] aided me to help others who have a hidden resilience.

Writing this book gave me a new sense of empowerment and freedom. I am now free to use my life example to empower others. That dark curtain has been lifted and I am no longer ashamed of who I am.

A: From the moment I decided to actually begin writing a book, I obsessed about a title. I was certain if I didn’t have a title to begin with the story would never take shape. I was fortunate enough to have a wonderful mentor who insisted that “the title will come.”

I was in his office one day after hitting a major writing block and, as usual, he was asking me to describe different stories from my childhood to him. I was describing the day my paternal grandfather actually told me I was born a “sin child” and a serious look came across his face.

From that point he interrupted several times asking me to repeat what my grandfather called me. I wondered to myself if he was losing his hearing. He finally stopped me…"Sin Child…there’s your title!" Somehow this title brought out an inner strength in me and made me even more determined to focus on resiliency.

A: My hope is that the veil is lifted from the much underestimated results of Adverse Childhood Experiences (ACEs) and related PTSD.

According to the CDC, a study done between 2014-2019 revealed 74 percent of individuals who are incarcerated and/or in substance abuse treatments have four or more ACEs and 52 percent have six or more ACEs.

ACEs have become a major initiative for schools and healthcare providers. Studies have also been performed and have linked many physical health problems in adulthood to ACEs.

After writing this book, I learned I had multiple autoimmune disorders and suffered a small stroke in 2019. It is my wish that this story will help individuals get a proper diagnosis if they suffer from PTSD secondary to childhood trauma.

A: While writing Sin Child, I began my own research into ACEs and related PTSD which led to the formation of a nonprofit organization, PTSD-ACED, Inc. I have dedicated myself to helping increase awareness of the subject and providing aid to individuals who have endured ACEs.

A: Individuals who would like more information about ACEs can find articles and videos at www.ptsdaced.org or email info@ptsdaced.org.