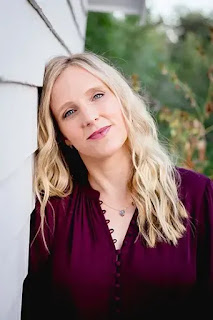 Shelley Nolden is the author of the new novel The Vines. She lives in the Milwaukee area.

Q: How did you first learn about North Brother Island, the setting of your book, and at what point did you decide to write a novel set there?

A: For over a decade I’d been working in New York City, completely oblivious to North Brother Island. Then, in 2014, my husband noticed it from the window seat of an airplane as we descended to LaGuardia Airport. He elbowed me in the ribs and said, “You should write a book about that island.”

As soon as we landed, I did a quick Internet search and concluded that he was right: the island, which had housed a quarantine hospital for the city’s poor immigrants and later an experimental rehabilitation facility for heroin-addicted teens, deserved to have its story told. And that story, I decided, would need to include a role for the island’s most famous inhabitant, Typhoid Mary.

After my initial excitement, I hit a roadblock. In early 2014, there wasn’t sufficient information about North Brother Island available for me to get a clear sense of the island’s structures and their purposes as they’d changed over the course of the 20th century.

Fortunately, Christopher Payne’s coffee table book, North Brother Island, the Last Unknown Place in New York City, was published that spring. I attended his standing room only book launch event. As I watched his enraptured audience hang on every word of his lecture, accompanied by his photographs of the hospital ruins, I knew I was on to something. 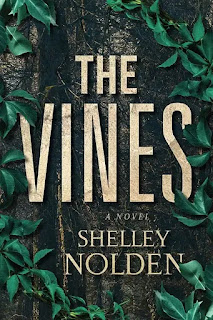 Q: You've noted that your own health was an inspiration for the novel--can you say more about that?

A: In 2011 I was diagnosed with an acute form of leukemia. The first symptom of my disease was the death of the baby I was 20 weeks pregnant with. I was hospitalized for the first 40 days of my treatment. During that time, I was able to see my 18-month-old only a total of 90 minutes. By the time I returned home, she’d stopped asking for me.

That initial period of intense isolation and fear, as well as the three years of treatments that followed, spurred me to create for The Vines a main character with superhuman resiliency and the willpower to survive against all odds.

Q: The novel is being published amidst a global pandemic, a subject discussed throughout the book. Had you already finished writing the book at the start of this pandemic?

A: I finished The Vines prior to the emergence of COVID-19, so the fact that the novel’s plot involves contagions and vaccine development is entirely coincidental.

Since The Vines is intended to be the first in a series, I did make last-minute revisions to facilitate the inclusion of COVID later in the saga. However, I don’t foresee the series culminating with the end of this pandemic. That victory belongs to all the real-life healthcare heroes.

A: Finding the perfect title was not an easy task. Anything virus or pandemic related would have been too limiting.

The Vines is a sweeping historical fiction saga that details one woman’s battle to survive against insurmountable odds; it’s not pandemic fiction or a medical drama in the traditional sense.

After several failed brainstorming sessions, we hit on The Vines. The phrase perfectly symbolizes the rampant wilderness that has overtaken the abandoned hospital complex on North Brother Island as well as Cora’s indomitable spirit.

A: I’m currently at work on the sequel to The Vines. In 1780, the HMS Hussar, a British frigate rumored to be carrying 80 shackled Revolutionary War soldiers and a golden guinea payroll owed to British soldiers, sunk in the East River. To this day, no one has been able to locate the ship.

In The Vines, Cora finds a golden guinea in the sand along North Brother Island’s shore. Perhaps Cora knows more about what became of the rest of the treasure than we do…

You can learn more about the island and its history, as well as see a detailed map we created for The Vines at https://www.shelleynolden.com/about-north-brother-island/.