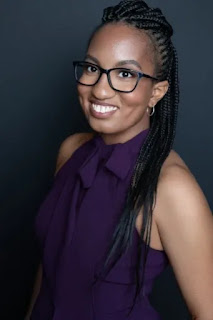 Nicole Glover is the author of the new novel The Conductors, which takes place in post-Civil War Philadelphia.

Q: How did you come up with the idea for The Conductors, and for your characters Hetty and Benjy?

A: I was interested in figures like Harriet Tubman. When I first started writing the book, it was after 12 Years a Slave and Django had come out and it got me reflecting on that era and the Reconstruction Era, which usually doesn’t get touched on.

The characters appeared as, What happens after when people were involved in the Underground Railroad? It popped into my mind: They’ll solve mysteries! What tied it together was the magic element.

Q: I was going to ask you, what role do you see magic playing in the novel? 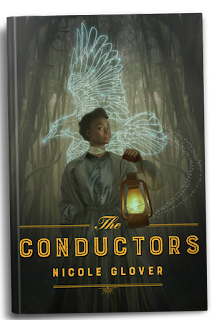 A: It’s integral. It’s woven into the very fabric of the story. Once it was in play, all the ideas started flowing. The history is very dark; it’s not a fun thing to research. Using magic allowed me to have fun with the history, and slip into metaphor.

A: I would take pieces of history we’re familiar with, and add magic, to add the “what if?” With the historical aspects that weren’t well-known, I didn’t add a magic twist. From conversations I’ve had over the years, I didn’t want to blur the lines.

A: It’s funny how much research I did, given that it’s fantasy! I cast a wide net from the early 1800s to just past Reconstruction. Not all of it shows up, but I wanted it to be grounded. I read books on the Civil War and the Reconstruction era, and on the Philadelphia area. W.E.B. Du Bois wrote a study, The Philadelphia Negro. My book is set 20 years before, but there was enough that I could get a grounding.

The primary sources I used included a diary of a free Black woman dressmaker during the Civil War. I was very happy to find that; it provided information on the day-to-day life. I dug into old newspaper archives to get a sense of key events and how they wrote those articles. I took two trips to the National African American History Museum to see some artifacts face-to-face.

Q: How would you describe the relationship between your characters Hetty and Benjy?

A: The key is that they’re partners. They’re kindred spirits, drawn together. They have interesting quirks others don’t get, but they get each other pretty well. They’ve found someone they can lean on and grow from. They can trust each other.

A: I’m working on the sequel. It’s another adventure, set a few months after the first book. I’m exploring more aspects of the world I set up and the history. A lot of the stuff I cut from the first book is finding its way into the second book!

A: I’d like people to know that even though there’s the historical aspect, I had fun playing with the “what ifs” of magic. It’s a fun time with a murder mystery.