Wesley King is the author of the new young adult novel Training Camp, the first in the new Wizenard Series created by NBA star Kobe Bryant. King's other books include OCDaniel and The Vindico. He lives in Nova Scotia.

Q: How did you and Kobe Bryant end up collaborating on Training Camp?

A: It was a bit of a whirlwind; he had read some of my books, The Vindico and OCDaniel, and then watched my ridiculous early Youtube promos. Despite the latter, he still reached out to set up a call. We spoke on the phone for an hour, and then I flew down to Newport almost immediately to brainstorm. Within a week we were getting started.

The first pleasant surprise was that he was as big of a nerd as I was, and we geeked out over HP and GOT (he has signed original collections of both, to my great envy). The second was his love for storytelling and his passion to tell them with such care and attention; I was blown away by the depth of his vision for the Granity world. When I saw that, the decision to collaborate was easy. 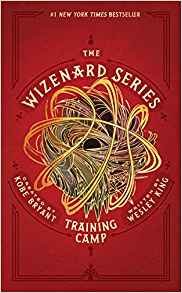 Q: This is the first of a series--have you planned the entire series out already, or will there be changes along the way?

A: We have planned out aspects of the series, and the second installment is on the way. But there will undoubtedly be changes and growth along the way. On more than a few occasions, an encounter or conversation has influenced my take on these stories...usually in terms of bringing more raw authenticity.

That is the key for Kobe: everything has to ring true. Psychologists, youth ballers...we are talking to them and reflecting that into the work constantly.

Q: How did the two of you work together on the project?

A: Probably a lot more collaboratively then people imagine. This wasn't Kobe throwing out an idea and waiting for me to write it; we spoke constantly, he directly reviewed excerpts and provided notes, and his ideas and characterizations are on every page of this book. 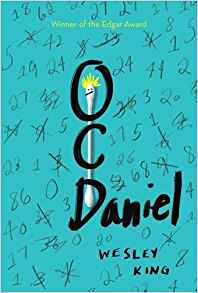 That wasn't a mandate: if anything his recurring message was "you are the writer." But thankfully, I was astute enough to let his passion and vision flow freely. And you can be sure I was checking with him on any basketball drills and tips, as unfortunately my advice there holds literally zero merit. Just ask my teammates in my co-ed league.

A: I think it will be different for every reader, because they are likely to identify with one of the five boys most and subsequently their issues and journey.

But in an overall sense, it's less about basketball and more about facing our fears and perceived weaknesses. It's about being vulnerable enough to explore those dark areas and then developing the self-assurance and confidence to translate them into strengths. 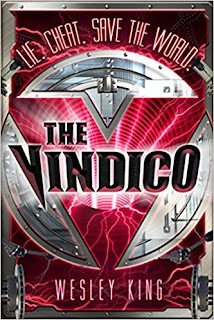 A: So the next Wizenard installment, and I have also just finished a companion novel to OCDaniel that will come out in 2020 as well.

The next Wizenard book is going to follow Reggie, one of the outlying characters in training camp, and it's going to reach new emotional heights focused on loneliness and what it really means. It's going to be a challenging but worthy next chapter in this story.

A: Training Camp is out everywhere, and it makes a wonderful family read-aloud. I know we sometimes stop that after a certain age, but I think the older ones still love that time too if the parents or guardians can carve it out.

And if you want to take a break from the actual vocalizing, the audio book with Phylicia Rashad is incredible: orchestral music and the most soothing voice on the planet. I can think of nothing more calming and pure than a family reading session, whatever the title. Happy reading!