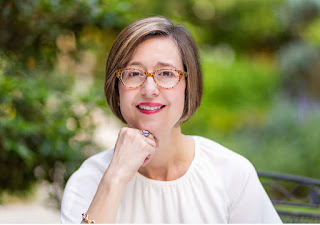 Heath Hardage Lee is the author of the new book The League of Wives: The Untold Story of the Women Who Took On the U.S. Government to Bring Their Husbands Home from Vietnam. She also has written Winnie Davis: Daughter of the Lost Cause. She has worked in museum education, and she lives in Roanoke, Virginia.

Q: How did you learn about the women you wrote about in The League of Wives, and at what point did you decide to write this book?

A: Phyllis Galanti, the blond woman in the center of the cover, was a good friend of my mother’s. I knew her growing up, but didn’t know much about her. My first book was about Civil War women. I thought, I should talk to Phyllis about her activism in the Vietnam War, and then she died unexpectedly in 2015.

I was on a book tour about the first book, speaking at the Virginia Museum of History and Culture. I’m always looking for hidden history about women. They said there’s something you need to see—Phyllis had donated her papers.

She had left [what was like] a treasure map. She was important, but Sybil Stockdale was where everything emanated from. Phyllis’s papers led me to Sybil Stockdale, and to the West Coast. I met with Sybil just before she passed away. Her sons were with us. I got permission to see her diary.

Between Phyllis’s papers, Sybil’s diary, and Jane Denton in Virginia Beach—her family gave me her diary and it led me to dozens of women who gave me papers, diaries, clothes for an exhibit [on the same topic as the book]. 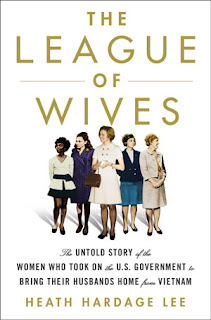 I’m a curator, also, and I thought, I’ve got to do something with this. I decided to do a book and an exhibit at the same time! It worked out, and we got through it. One person would lead to another. It took almost five years to do it.

Q: You focus on various women in the book, but the two major figures are Sybil Stockdale and Jane Denton. Why did you focus on them, and what do you see as their legacies today?

A: [It was important] to have a West Coast and an East Coast person. With naval bases, they tend to be on the coasts. There’s been so much wrong information about this group of women. The myth is that multiple people founded the National League of Families. It was Sybil Stockdale.

Sybil is probably my favorite character in the book. She’s such a strong character, so smart and capable. She would have been a great president. In another era, she could have been a rock star politician or diplomat. In this era, she was just as important, heading up the movement to [free] the POWs.

Jane Denton was the opposite of Sybil. She was a traditional, rule-bound person who had to fight hard to throw off the conventions of a military wife. She was more of a Southern woman taught to toe the line. Sybil was a New Englander, speaking out. It worked well to have people like Sybil and like Jane, who was more diplomatic and would smooth things over.

They all were worried their husbands could be harmed if they spoke out. They were all wary of speaking to the press. They said at the end that we are going to do whatever it takes, even speaking with peace activists.

Q: What were some of the surprises you found in your research?

A: Of course the coding of secret letters [they would write] was so cool. With the Stockdales, there are real details in her diary. I tried to give generalities—some in that generation are upset when you talk about specifics. I never knew any of that.

Some of the facts of the war, like the Gulf of Tonkin incident, were such a farce. They were used by Johnson to get into the war. I was born in ’69 and was never conscious of it. Our government under Johnson, what a total disaster. Johnson was a piece of work, but I didn’t know how much of one, how much of a disaster the planning and execution of the war were.

But then it seeps in as they have more power. I wouldn’t say they evolve into feminists, but they became powerful independent women. It was not a question to them that they knew how to handle things, but they borrowed things from the [feminist] movement and from the civil rights movement. 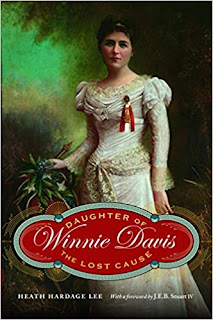 You can’t project what you think. You’re the tour guide as a historian. I want them to be feminists and they aren’t—it was something I learned that’s more about myself, not to project your stuff on other people.

A: I would like these women to be in the history books. They were so important and have never gotten credit. Even some of their husbands didn’t understand that they went over and above to get them out.

The fact that they organized a national group and had so much power—organizing as a group instead of as individual voices is effective. They got stationery, a bank account, and that legitimized them.

And giving them credit for the amazing thing they did, how their husbands would have died or wouldn’t have been rescued for a long time had the women not gone forward.

A lot of government officials are still trying to take credit for this. They have the point of view that the government did this. The government gave them a platform, but the women did this.

It changed the image of military wives—they’re not just passive, hosting parties. They’re powerful and smart and got things done.

A: It’s always going to be about women. This is the tip of the iceberg in terms of these stories. There are tons of them. The next time is the ‘20s—something with World War I as the backdrop. It will have flappers and suffragists. I’m still working on it.

A: The movie with Reese Witherspoon! It’s been optioned by Hello Sunshine and Fox 2000, and I’m an executive producer. We’re moving forward pretty quickly with that. It’s great to bring the story to another audience.

The exhibit opened March 1 in Richmond, Virginia, at the Virginia Museum of History and Culture. It will be there until September and then it’s going to West Coast venues including the Nixon Library. It’s important to have multiple platforms.

--Interview with Deborah Kalb. This Q&A also appears on www.hauntinglegacy.com.
Posted by Deborah Kalb at 8:44 AM