Nathan Clement is the author of the new children's picture book Fly. His other books include Drive and Job Site. He lives in Indianapolis.

Q: How did you come up with the idea for Fly?

A: To really answer this, I’ll back up to my first book, Drive. It began as an illustration challenge to myself. I’d made my living as a graphic artist and wanted to see if I could make the graphics program Adobe® Illustrator work for me as a picture making tool.

Stephen Roxburgh, then of Boyds Mills Press, saw something in those pictures and simple words that he wanted to try out in the market. Fast forward four books later, and that’s the genre I’ve stayed in.

So, things-that-go lend themselves to this sleek style of illustrating and I keep looking for a new story angle with each possible subject that comes up: trucking, construction, racing, farming. It takes me awhile to discover the narrator and simple story line that will set the current book on its own feet, but still groups it with the others.

Your first flight is always an exciting event—that was the kid hook. But it can come with a little hesitation too, so I hoped this would give children an inside look at what happens during a flight. 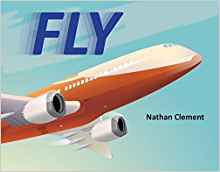 Q: Did you work on the text or illustrations first (or did you approach them simultaneously)?

A: Traditionally, I’ve worked on text and pictures simultaneously by sketching a thumbnail that goes with the line of text I’m writing.

But with this book and the previous book, Big Tractor, I have worked first on the text. I guess I’ve established how things are going to look and unfold in my books and see the pictures—or their possibilities—clearly in my head.

Now, for the sake of assisting my editor, I put a line of description with each line of text to explain what could be coming in the illustration. Then, if the manuscript passes muster, I produce the thumbnails for the staff at Boyds Mills to review.

Q: Did you need to do any research to write the book, and did you learn anything especially surprising? 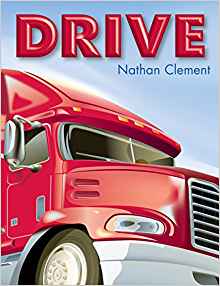 A: I did! I generally write about topics I know nothing about. We all make very certain that what I am presenting in a book will pass muster. So, I started with First Officer Matthew Conrad who flies for a well known carrier.

We did a couple of phone interviews and I immediately found myself over my head with the technical aspects and internal jargon of piloting an aircraft. I thought it would be fun to use all that cool language. I know my young kids loved to use technical language when they were pretending.

But we decided it would be too unapproachable and I settled back into a plain, straightforward telling with some new words sprinkled in.

Also, I tapped my cousin who works at a well known airline manufacturer who looked at my text and pictures and gave advice.

One big surprise to me was that the airplane I was modeling mine after was being retired within a few months of completing the book. I had to go in and retool all the planes so that my pictures wouldn’t be outdated the day the book hit the shelves. 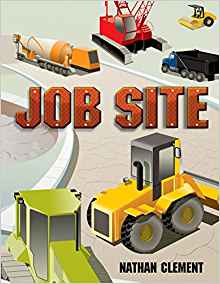 A: I generally hope that kids who have a particularly keen interest in the topics I write about, find a special book that treats the plane or the tractor or truck seriously like they do. It’s a serious subject, chocked full of cool views, industry terminology, and a chance to see it up close.

A: I have suggested the next logical idea to my publisher: a train book. There are so many out there, but I think we can do an exciting one: one that shows us what a train is about, and gives us a perspective from a young child’s point of view.

A: My books aren’t educational market, although they can be used in the classroom. I’ve begun including a glossary that allows me to use new words but be free from explaining them within the story. This gives the adult reader something to use when talking about it with their child.