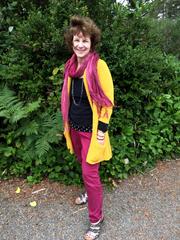 Deborah Hopkinson is the author of How I Became a Spy, a new middle grade novel for kids. It takes place in London during World War II. Hopkinson's many other books include D-Day and Titanic. She lives near Portland, Oregon.

Q: How did you come up with the idea for How I Became a Spy, and for your character Bertie?

A: One of my favorite genres to read is spy thrillers, and in How I Became a Spy I wanted to challenge myself to write one for middle grade readers. I came across a historical photograph of a young boy who served as an air raid messenger, and he became the model for Bertie. Of course, writing a mystery or spy thriller for younger readers means creating a plot that doesn’t rely on car chases or lots of corpses, and that proved to be lots of fun – and definitely a challenge.

Q: What kind of research did you do for this novel, especially on cryptography? 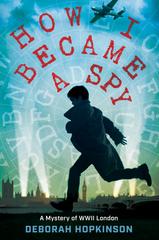 A: I first became interested in the Special Operations Executive, a London-based WWII organization that trained secret agents, while writing Courage & Defiance, a nonfiction book about the Danish resistance. I was especially intrigued by how many women served as spies. I also relied on books on cryptography, and the account of Leo Marks, who was an SOE code maker and helped uncover the breach of security that resulted in the deaths of secret agents after their radio network was compromised.

Also, in 2018, I published D-Day: The World War II Invasion that Changed History (Scholastic Focus), a nonfiction work on the battle and the planning that led up to it. I was able to rely on a lot of the research I did for that book. Several important real-life figures, including Dwight D. Eisenhower (and his dog Telek) appear in both books.

Q: Why did you choose 1944 London as the setting for the novel? 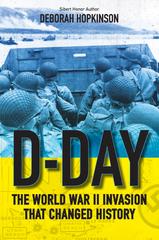 A: How I Became a Spy takes place in the months leading up to D-Day, the invasion of Normandy, on June 6, 1944. Since most of the planning took place in London and other parts of England, I wanted to put my characters right into the heart of the action. The winter of 1944 also saw the renewal of German bombing raids on London, which adds urgency to the need to decipher the secret notebook. With the 75th anniversary of D-Day taking place in 2019, it seems like an apt time to remember and commemorate this seminal event of the 20th century.

A: I believe the books we read as children can help introduce us to genres that we may enjoy for a lifetime. Of course, while I hope kids will like reading a mystery about espionage, it would be great if this story might lead them to want to learn more about World War II and the lives of ordinary people during this conflict. 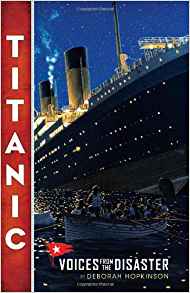 A: Next year, I will publish a nonfiction work, We Had to Be Brave: Escaping the Nazis on the Kindertransport, and as I wrap that up I am also working on one final book on World War II on resistance and rescue.

A: Students often ask if I put people I know into my books. I don’t. But both my dogs (Rue and Brooklyn) have major roles in How I Became a Spy. The book also includes some practice ciphers for readers to solve.