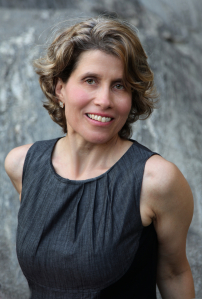 Sarah Stern is the author of the new poetry collection We Have Been Lucky in the Midst of Misfortune. She also has written the poetry collections But Today Is Different and Another Word for Love. For her new book, she visited the southern German village where her mother was born. The book's title was taken from a letter her grandfather, a Jewish German soldier, wrote during World War I. Her mother's family later emigrated to New York, fleeing the Nazis.

A: What became the center of the book, section two, took me about four years to complete, which includes many revisions; but many of the poems that are in this book and surround this section are from years ago, 20 or more.

I am thrilled that those older poems have a home now. I could not have known this, and it brings me to the idea of patience in poetry. Poems need much patience from us!

Q: The book's title came from a letter your grandfather wrote during World War I. How was the title (also the title of Part II of the book) chosen, and what does it signify for you? 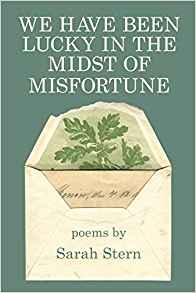 A: The title has a deep irony, as my grandfather, of course, could not have known what lay ahead only a few years later.

One of the things that shocked me the most was visiting the Jewish cemetery in Rexingen and seeing my mother's family's tombstones dating back to the 1600s. My mother's family lived in that town for almost 400 years. I address this in my poem "Moss" within the collection.

And, yes, the cemetery is beautiful, too, and looks over the valley, a valley my mother often spoke of.

But the title for me also signifies the idea of hope in things we can't know. I think of my grandfather, grandmother and mother coming to New York in 1939, beginning again with nothing and living on Audubon Avenue in Washington Heights.

My mother would speak about things that she first noticed in New York, that to her meant freedom—cockroaches, the smell of hot dogs from the cart, and cornflakes!

My grandfather's line—We have been lucky in the midst of misfortune—resonates for me on so many levels, as a daughter of a refugee, as a woman and as an American. 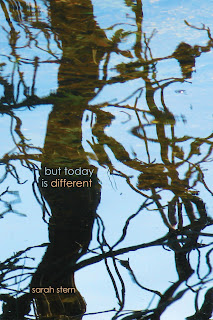 Q: How did you decide on the order of the poems in the collection?

A: I struggled with the order of the poems as I felt that the poems very much talked to each other as I was ordering the collection, and I wanted to be sure that the reader heard the conversations that I was hearing amongst the poems.

Once I decided on which poems would be in the book, I laid all of them out on my living room floor and left them there over a few days. It helped me a lot to see them spread out and next to each other. From that process, I realized that there would be six sections and that the book would start in the present and move back in time. That's mostly true.

Q: Do you see any themes that link the poems in this book?

A: Yes, the title "We Have Been Lucky in the Midst of Misfortune" links the themes of the book—the tremendous loss that occurred as a result of the Holocaust, and what it was like to grow up the only daughter in a family of seven with six older brothers.

In many of my poems, I explore the grief that I experienced through my mother that seeped into everything—even into the intense joy and appreciation that she had for being alive. I have always been interested in the ripple of her grief and loss that I felt, and often had no name for, and how it profoundly shaped who I am. 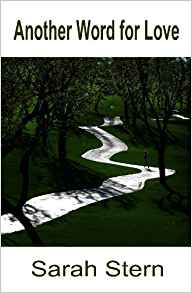 Another theme that I feel runs through the book is one of redemption—how do you go on and make a life that's new and hopeful. One of the sections, "The Little Room," is a series on the process of psychotherapy with a nod to Mister Rogers.

An additional theme is gratitude, particularly for my parents and the framework by which they left me to see the world.

Poetry, for me, has a unique way of addressing all these themes—a way of coming at things from many different directions and hopefully leaving the reader with a new truth and remembrance.

A: I'm starting to work on a new collection. It's exciting to begin to think of a new project.

A: I want to say a special thank you to my publisher, Kelsay Books. I feel very thankful that this book is in the world, and that the poems, all 71 of them, will always be together.