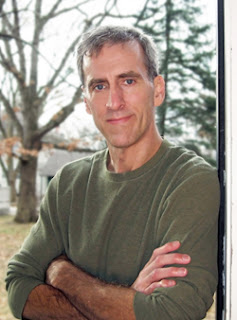 Tim Johnston is the author of the new novel The Current. His other books include the novel Descent and the story collection Irish Girl, and his work has appeared in a variety of publications, including New England Review and New Letters. He lives in Iowa City.

Q: How did you come up with the idea for The Current?

A: The idea dates back to a short story I wrote just before I began my previous novel, Descent, back in 2007.

That story, called "Water," is set in small-town Minnesota and concerns the drowning of a young woman in the local river and the search for her killer. The law casts a serious eye on one young man, but charges are never filed, the truth is never known, and everyone in the story is damaged irrevocably, The End.
The inspiration, you might say, came seven years later, in a café in Memphis. I was reading student stories, minding my own business, when two young women pretty much demanded that I stop reading student stories and begin writing theirs. (These were young women in my mind, just to be clear, and not actual young women.) 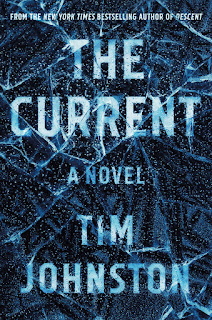 They intended, they let me know, to take me back up to Minnesota, and to somehow bring those characters back to life in a new and longer narrative. Figuring out the connection between these two young women and those older characters was the engine that drove the writing of the novel.

Q: You tell the story from several different characters' perspectives. Did you write the novel in the order in which it appears, or did you focus more on one character at a time?

A: As with Descent, also told from multiple points of view, my process was to stick with each individual character for as long as possible, to get to know him or her as well as possible—which is how you get to know anyone.

Later I took these single-character narratives and broke them into shorter sections and shuffled them in with the other characters' narratives to create the alternating point of view structure of the novel.

Q: The novel takes place in Minnesota and Iowa. How important is setting to you in your writing?

A: Setting begins as almost incidental, or convenient, to the story; it just happens to be where my characters live, or have come to. But as the story develops, the landscape, or certain features of the landscape, like rivers or mountains, become more essential to the plot, and take on greater thematic heft. 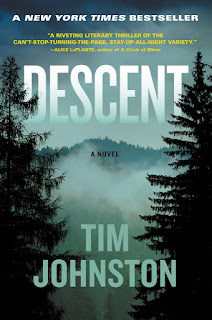 In The Current, the river facilitates the plot, but it's also much more than that (see next answer). Likewise the icy atmospherics of a small Minnesota town in the dead of winter: the residents of the town have, themselves, been frozen in time since the death of one young woman, and only come to life again when a second young woman drowns in the same river 10 years later.

Q:  How was the novel's title chosen, and what does it signify for you?

A: On a literal level, the title reflects the importance that the physical river came to play in the novel.

On a thematic level, it ties into my idea of the characters' lives as currents that flow within their own lifespans and also across time—the past and the current—and how those lives flow into each other in meaningful ways.

On the level of writing process, I decided early on in writing the novel that I would not force anything; that I would not bend the story to my will, but would let it unfold according to a natural flow of action and consequence—of what each character would logically and naturally do in reaction to the behavior and actions of the other characters.

This idea of following the logical flow of behavior led to a connection in my mind between process, story and title: go downstream, was the idea. Go with the current and not against it. 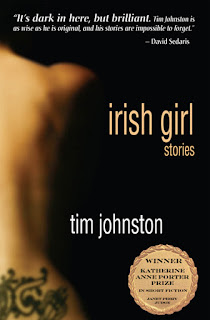 To remind myself of this design, instead of the three asterisks I usually use to indicate a section break—the "dinkus," as such marks are called—I used three tildes, which in combination look like this:  ~~~. A visual reminder to stay in the current, to follow each current of each character and not think too much about the larger narrative.

A: Short answer: A new novel!

Long answer: Readers who've noticed the publishing dates of my books know not to hold their breath for a speedy turnaround. I'm just not one of these book-a-year type writers, but the kind who is likely to take as much time as he can—or must—between books.

Ray Carver once said he liked to give himself time between books to become a different kind of writer, and I have always loved that quote. Which is not to say I'm not at work on the next thing. But I am also one of those uncooperative types who doesn't like to talk about a work in progress, except to say, without hesitation, Oh, yes, for sure, there's a work in progress...

Readers who want to read the short story "Water" can find it in my story collection, Irish Girl, published by UNT Press.

Fun fact: After earning my MFA from UMass, Amherst, in 1989, I became a carpenter, and that's how I made my living until 2011, when I returned to academia as a teacher of creative writing. Now, for the time being, I am just a writer...but those carpenter's tools are still around here somewhere.