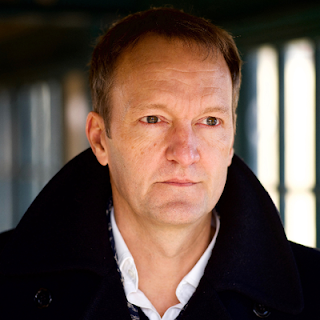 Adam Higginbotham is the author of the new book Midnight in Chernobyl: The Untold Story of the World's Greatest Nuclear Disaster. He writes for a variety of publications, including The New Yorker and The New York Times Magazine, and he lives in New York City.

Q: You note that you’ve been interviewing people about Chernobyl for more than a decade. What first got you interested in the topic, and at what point did you decide to write this book?

A: I grew up in England at the height of the Cold War, and was 17 when the accident happened, so the catastrophe—and the wider sense of nuclear terror that enveloped much of the world at the time—has always informed my outlook.

But I first began research into the topic at the end of 2005, ahead of the 20th anniversary of the disaster, when I set out to report a magazine story about the night of the accident based on the recollections of surviving eyewitnesses.

The experiences of the people I met on those first visits to Moscow and Kiev made such an impression on me that I immediately knew there was a powerful book-length narrative to be written about the full story of the accident, but at the time no-one was interested in publishing one. Nevertheless, I returned to Chernobyl again in 2011 to report a second magazine story—this time about the long-term consequences of the disaster. 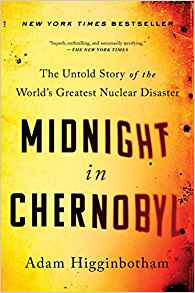 The same month my piece was published, the Fukushima accident took place, and what many people had regarded as an old story suddenly became newly relevant. And although on that trip I found my experiences inside the Exclusion Zone sufficiently frightening that I swore I would never return, the stories of the people I had met never left me, and a few years later I found myself writing another magazine pitch—to widespread disinterest.

At that point, in 2014, I decided to write a book, began work on a proposal, and it sold to S&S the following year.

Q: How did you research the book, in addition to the interviews, and what did you learn that particularly surprised you?

A: I gathered information from as many sources as I could: I found declassified documents and other primary materials including films and photographs in archives in London, Harvard, Washington, D.C., Moscow and Kiev. I found elusive Russian- and Ukrainian-language books and monographs through the research division of the New York Public library system, online and through the Russian equivalent of eBay.

I worked through an enormous trove of medical scientific papers about almost every aspect of the accident, from reactor physics to the effect of radiation on human beings. I spoke to experts who guided me through the complexities of those subjects and enabled me to translate them for a general reader. I had the help of researchers in Kiev in Moscow who hunted down obscure journals and multi-volume memoirs, and translators who rendered them into English.

Q: What do you see as some of the most common perceptions and misperceptions about the Chernobyl disaster?

A: There are many misconceptions about the disaster: some of the major ones spring from the initial attempts by the Soviet government to cover up the true scale of what happened.

For example, Western foreign correspondents in Moscow were deprived of access to first-hand information in the days after the accident, and did their best with rumors and hearsay. The New York Post reported at the time that 15,000 people had been killed almost immediately by the accident, and their bodies buried as nuclear waste; as a result many people today still believe thousands died as a result of the initial explosion.

Deliberate misinformation and confusion about the true nature of radioactivity mean that many people believe hundreds of thousands of people have since died of cancer directly attributable to the accident, although there is little or no scientific evidence to support such an assertion.

Other widespread notions of the accident have their roots in the Soviet propaganda narrative of the accident, built around the actions of incompetent plant staff and the selfless sacrifice of firefighters sent to the scene after the explosion; the truth, naturally, is more complex and compelling than that.

Q: What impact do you think the disaster had on the Soviet Union, and what do you see as Chernobyl’s legacy today?

A: The disaster was a key moment on the path to the disintegration of the USSR: it had a profound effect on the approach to reform taken by General Secretary Mikhail Gorbachev. Only after the accident did he realize the true scale of the rot at the heart of the heart of the Soviet system, and what he learned convinced him that, in order to save the USSR, he had to plunge swiftly and deeply into economic and political reform.

In the event, these reforms were botched and badly planned, and proved to be the undoing of the system Gorbachev hoped to preserve; at the same time, Chernobyl proved to be a test case in the more open government promised by the notion of glasnost, revealing to the Soviet people much about the lies and incompetence that had led to the accident, and, eventually, the cover-up that followed. After Chernobyl, an already distrustful public could never put their faith in their leaders again.

The legacy of the accident endures both on the land contaminated by it and among the people whose lives were overturned or destroyed by it—and in the resulting distrust the public has for nuclear energy in any form.

A: Right now I’m still spending a lot of time doing public appearances and talking about the book and the stories in it. But I have a couple of new narrative projects that I’ve been planning for a while, and I hope will keep me busy when I return to my desk...