Cat Winters is the author of the new young adult novel The Raven's Tale, which is based on the life of the young Edgar Allan Poe. Winters' other books include Odd & True and In the Shadow of Blackbirds. She lives in Portland, Oregon.

Q: How did you come up with the idea for The Raven's Tale?

A: After spending most of my adult life writing historical novels about fictional characters, I decided to try my hand at writing about an actual historical figure.

I was under contract to write one more young adult historical novel for my current publisher, and I thought it would be interesting to focus on the teen years of somebody famous whose younger years don't come up often in books or discussions.

My immediate choice was Edgar Allan Poe. I fell in love with Poe's dark poetry and stories as a young teen myself and wrote a paper about him my junior year of high school, but I really didn't know much about his life. 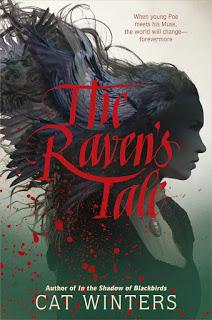 The Raven's Tale answered a question I started thinking about in-depth: "What was the legendary Master of the Macabre like when he was young?"

Q: What did you see as the right blend between Poe's actual life and your own fictional creation?

A: I wanted everything in the novel to be based upon his actual life, even the parts that seem the most fictional.

Poe's muses emerge in the book as personifications of his different writing styles, and they speak words inspired by Poe's poetry and stories. The public reacts to his muses using phrases I pulled from literary reviews of Poe's works from his time period.

Aside from the muses, most of the characters are based on actual friends, family members, and acquaintances from Poe's life, and the settings and timelines are straight from his history. I didn't want to populate the book with fictional people and reshape his past. I made the story work within the framework of his past. 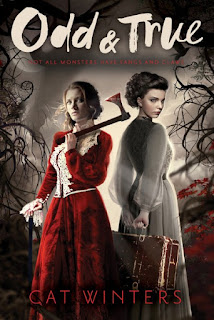 A: I researched by reading as many of Poe's works as I could, by poring over Poe biographies, letters, and historical records, and by spending time in Poe's teenage home of Virginia.

What surprised me most was how athletic and energetic Poe was as a teen. I think most of us naturally assume he was a quiet, moody, bookish kid who spent most of his time indoors, but he was actually a swimmer, a boxer, a runner, and a long jumper, and he was extremely proud (and boastful) of his athletic skills.

Q: Can you say more about how you tried to recapture Poe's own style or atmosphere as you wrote this novel?

A: When Poe's Gothic muse, Lenore, speaks, she often slips into the rhymes and meters of "The Raven" and several other of Poe's poems. 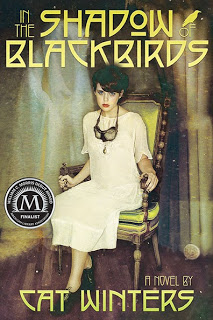 I strove to ground the novel in young Poe's reality, but when he escapes his troubles through his imagination, I wanted readers to feel like they were stepping deep inside his imagination and his poetry and stories.

A: I'm working on an adult historical mystery. I'm keeping the project tightly under wraps for now and haven't yet shown any part of it to my literary agent, but I will say I'm thoroughly enjoying writing it.

A: Keep an eye on my website for any updates about The Raven's Tale and my schedule of appearances. A teaching guide for the novel and an audiobook edition that looks to be incredible are also on the way. I'll post more information about everything in the works on my website.