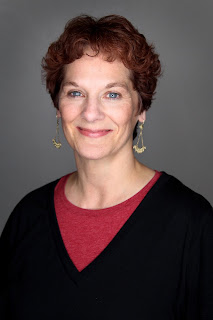 Donna J. Stoltzfus is the author of Captive, a new middle grade historical novel for kids. She also wrote the picture book In the Trunk of Grandma's Car. She lives in Lancaster County, Pennsylvania.

Q: You note that the inspiration for Captive came from your grandfather's experiences with German POWs during World War II. How did you come up with your fictional characters?

A: The character Reuben was inspired by my grandfather, who shared that name. There were some details in the experiences of Hans —a German POW in the novel— that were similar to a POW named Karl, who worked with my grandfather and had kept in touch with my grandparents after the war.

The other characters were products of my imagination. Their voices came to me as I began to write. I knew I wanted two young teenagers in the story, and that there would be tension as they would have different views on religion and war, but I also wanted respect and friendship to develop.

I felt it was important to represent the political differences between the POWs themselves, which influenced additional characters in the novel.

Q: What did you see as the right blend between the historical and fictional aspects of the novel?

A: That was often tricky. I had historical details I wanted to work into the novel that I found fascinating, but I obviously didn’t want it to seem as though I was adding superfluous scenes to add in historical facts. I tried to write through the lens of the question, “Does this take the reader out of the story or does this make the story richer?” 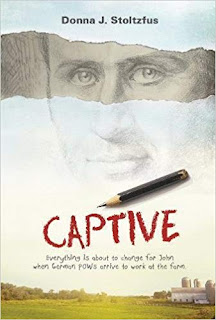 I liked to include historical details that were unusual. For example, even though it may have seemed strange that a German POW would learn calligraphy in a prison camp and sit in an office on a farm writing family names in Bibles, this happened to Karl. I felt it added an interesting dynamic to the story.

The role of art in the novel began to come to me as I discovered a book of paintings done by combat artists during the war, and when my uncle passed on to me a poem penned in Old English calligraphy, written by Karl at a prison camp in Reading, Pennsylvania, in 1945.

A: My research was a combination of family stories and photos, first-person interviews with people who had memories of POWs or had been POWs themselves, books and newspaper archives.

Many things surprised me as I researched the book. I knew POWs had worked on farms in the United States, but I had no idea of the scope of their contribution.

One thing that made an impression on me was the tension between the German POWs themselves, based on their politics, and the violence that sometimes happened in the camps to those who were less militant.

I was also struck by how the U.S. strictly followed the Geneva Convention, and made an effort to provide an atmosphere where prisoners not only had their physical needs met but could also participate in a wide range of activities after their work day. 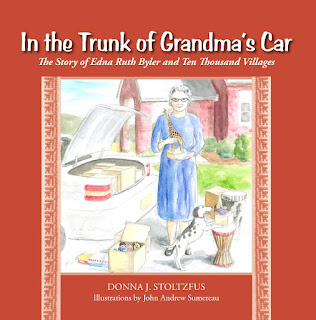 POWs could engage in sports, music, drama and religious services, as well as choose from a variety of classes—even earning college credit. The U.S. government wanted to show POWs the benefits of a strong democracy and hoped U.S. prisoners would be treated fairly while in captivity abroad.

A: I hope readers gain some knowledge about a part of U.S. history that I feel shouldn’t be forgotten.

Human kindness, even small gestures, can change someone’s life and give them hope. Sitting at the same table and sharing a meal can be significant. And sometimes showing kindness takes courage.

Everyone has their own story. War is complex, with many layers. I tried to capture a glimpse of the effects of the war on a range of people—from Mennonite pacifists to German POWs to an American soldier returned home from the war—who end up interacting on a farm in Pennsylvania.

A: I’m in the very early stages of research for another historical fiction novel.

A: I’ve been going to retirement homes to give a presentation and have book signings, and there are always a couple of attendees who approach me with stories about POWs who worked on their family farm.

“My mother didn’t think she was allowed to feed them, but she always filled a basket with food and put it at the end of the lane after a work day for them to pick up. She thought the men were too skinny.”

Or this one: “One time they brought SS officers to work at our farm. My uncle told the guard we don’t want those men here. Don’t bring them back.”

Those stories are out there and it’s intriguing to hear what people remember.