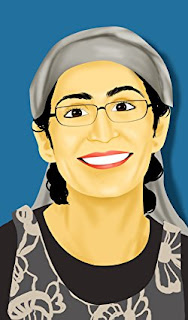 Rivka Levy is the author of the new book The Secret Diary of a Jewish Housewife: Move to the Golden City. Her other books include Talk to God and Fix Your Health and Causes and Cures of Depression, and her blog can be found at Emunaroma. She lives in Jerusalem.

Q: Why did you decide to write The Secret Diary of a Jewish Housewife, and at what point did you start keeping the diary?

A: Strange to say, until about seven years ago I’d never really written very much about myself, or my inner world, despite being a professional journalist for two decades.

I kind of viewed writing as being for “work” and for paying my mortgage, and not for self-expression. Then around seven years ago, I was going through a very difficult patch in my life and I started keeping a journal that quickly got packed full of stuff that was definitely not for sharing.

Once all that bubbled out of the system, I found that I wanted to continue to write more about my inner-world, but from a more positive perspective. So four years ago, I started up my Emunaroma blog, and the book kind of grew out of that.

Q: The book covers a year in your life. What do you feel you learned during that year, and did keeping the diary help you? 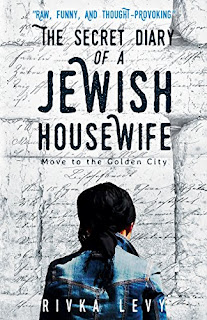 A: That year was unusually crazy, even by Israeli standards, because the country had just been through a mini-war in the summer, which segued into a number of bizarre terrorist attacks where people were being deliberately run over at bus stops, or stabbed with all sorts of implements, including vegetable peelers.

It really taught me how little in control we really are, which continues to be a very uncomfortable idea. Writing the diary helped to put things into a broader perspective, as I’d share things online and then get feedback that I wasn’t the only one feeling scared, or overwhelmed by what was going on (like my teenager coming home and telling me they wanted to get yet another weird piercing…)

Q: What are some of the things you write about that you feel are particularly secret?

A: That’s an interesting question. There’s a few topics I cover that are often not really discussed so openly in more “frum” circles. One big subject is the question of how you can hold on to your faith when the situations you find yourself in, and the experiences and challenges you’re sent, are shaking you to your core.

These things are often glossed over, especially in our day and age where such a premium is put on keeping things looking “perfect” externally. 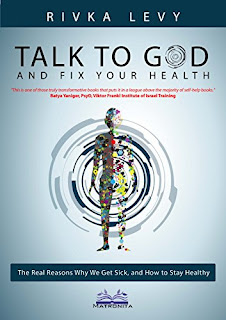 Most people won’t openly admit that they’re having serious troubles making ends meet, or that they suspect they could be the worst parent in the world, or that they sometimes just want get in the car and drive a million miles away from their families and responsibilities.

But for some reason, I don’t have a problem writing about that stuff, and the feedback I get is that it helps other people so much to know they aren’t the only one who sometimes feels like they’re going a little bonkers.

Q: What are some of the most important ways in which you see religion affecting your everyday life?

A: I’m an orthodox Jew, so most aspects of my life are permeated by Jewish law. One of the things I try to explore in the book is the interplay between that more holy side of myself, and the demands of the soul, with my more secular, and materially-orientated self that sometimes finds it really hard to give God what I think He wants from me.

I try and talk to God on a regular basis (see, that’s another “secret” that most religious people won’t own up to in public forum…) and that, more than anything, has helped me to get through the toughest times in my life. If I didn’t feel like God was watching my back, it would be pretty hard to get out of bed, some days. 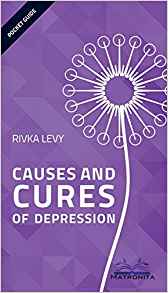 A: I’m currently working on a book about bio-electricity, which explains how things like the weather and solar flares directly affect our physical and mental health. Every time there’s a big solar storm, for example, the admissions to mental institutions jump significantly a few days later.

There’s so much we still don’t know about human health and well-being, and I’m trying to connect a few more of those dots.

A: There’s an idea in the Torah that the Jewish people only got of the Egyptian exile thanks to the staying power, faith and love of the Jewish woman. The world today is an increasingly crazy, uncertain and “upside-down” place.

Today more than ever, I think that we Jewish women - from every background - need to pull together, and forge a path towards more peace, mutual-understanding and tolerance in the world, beginning with our own families and communities.

That process begins with understanding that underneath all the “labels” and “boxes” and “divisions” littering the Jewish community, we’re ultimately all just people who are struggling to live good lives, caring for the people we love, and desperately trying to stop our teenagers from dying their hair blue or getting a massive “Elvis” tattoo.

I wrote The Secret Diary of a Jewish Housewife to try and demystify the orthodox world a little bit, and to start a conversation in the Jewish world about what really matters - and it’s not labels or political affiliations.

When you remove all the superficial stuff, far more really unites us - regardless of our level of religious observance - than divides us. Once more of us Jewish women realize that and start working together, real peace and tolerance can’t be far behind.

--Interview with Deborah Kalb. Rivka Levy interviewed me recently too.
Posted by Deborah Kalb at 6:22 AM