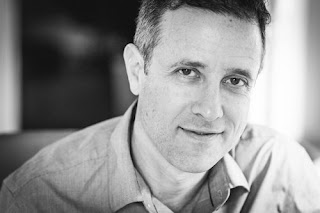 Benjamin Reiss is the author of the new book Wild Nights: How Taming Sleep Created Our Restless World. His other books include The Showman and the Slave and Theaters of Madness. His work has appeared in a variety of publications, including the Los Angeles Times and the Los Angeles Review of Books. He is a professor of English at Emory University and the co-founder and co-director of Emory's Disability Studies Initiative. He lives in Atlanta.

Q: How did you become interested in the topic of sleep, and why did you decide to write this book?

A: I’m attracted to curiosities, and there’s really nothing more curious than sleep. I’ve written previous books about freak shows and insane asylums, and in a certain light sleep is a universal experience  freakishness and madness.

Q: You write that “whether or not our society is suffering a significant decline in the quantity of sleep, we seem to be experiencing an erosion in the quality of sleep.” Why is that?

A: It’s arguable whether our society sleeps less now than in previous eras. We have all sorts of advantages that were previously unavailable: fireproof homes, comfortable mattresses, pest control systems, police forces, alarm systems, and even modern dentistry. (Ever tried to sleep with a toothache?) 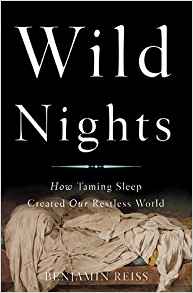 But it’s indisputable that we fuss over it more. We overschedule sleep, micromanage it, batter it with pills, products,  training systems, and expert opinions; we expect it to make us efficient and productive; we’re afraid of what will happen to us or what havoc we’ll create if we don’t get enough of it. In short, we’ve turned sleep into a pressure cooker.

One additional change that has contributed to an erosion of the quality of sleep is that we’ve lost sleep’s social dimensions.  It used to be common for families to share sleeping spaces and sometimes even sleeping surfaces, and even strangers would routinely share beds well traveling.

But now we oddly insist that children – even infants -- retire to their own separate rooms at night. When they grow up, we expect them to somehow peaceably coexist with someone else in the bed.  Hard to tolerate snoring, kicking, or trips to the bathroom when you’ve been brought up to sleep in a fortress.

Q: You describe Henry David Thoreau as the book’s “guiding spirit and lead witness.” How did you decide that he would play that role?

A: He decided for me. As I was in the early stages of researching the book, I happened to be teaching Walden to an undergraduate American literature class. I was astonished to find how full of references to sleep and waking that book was, something I’d never noticed even after reading it half a dozen times.

He was completely fascinated with natural timing systems – leafing-out times of trees, flowers opening and closing, hibernating animals coming out of their holes, and the sleep/wake patterns of different animals, including humans. 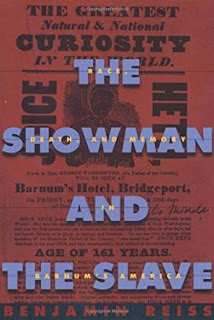 What made him such a good witness to our contemporary predicament with sleep is that he keenly observed the effects of the grand forces – industrialization, information overload, standardized time, high-speed transportation --  that were changing daily life in the 19th century and that have bequeathed us the strangely pressurized sleep we try to obtain today.

When he went into town during his sojourn at the pond, he described a community of strung-out, over-caffeinated, news-obsessed zombies who blundered through the day in a state between sleep and waking.

He even wrote of a man who demanded to be woken up every hour in order to be told the news – reminding me eerily of a contemporary sleeper who compulsively reaches for the smart phone in the middle of the night.

Q: What do you see looking ahead when it comes to sleep patterns?

A: A recent New York Times article declared that sleep is in the process of being transformed from something shameful to a status symbol, something to luxuriate in with the aid of expensive products. I agree with that, with the corollary that those who can’t afford such luxurious sleep are experiencing sleep as an ordeal. 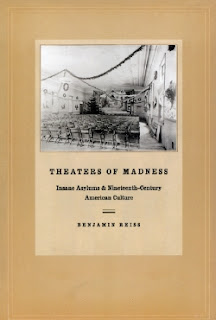 The wired connectivity of the global economy means that in many parts of the world, service providers stay awake through the night to meet the demands of consumers in more economically prosperous regions, many time zones away.

Refugees, evacuees from natural disasters (which will be increasingly common as the planet continues to warm), and the world’s poor will scramble to find scraps of sleep in forbidding environments.

A: After writing three books, one after the other, since I finished graduate school, I’m happy to take a hiatus from writing a book or even thinking about writing one! I’ve been doing some short-form writing for newspapers and magazines – spin-offs from Wild Nights.

A librarian from Seattle wrote to me to tell me that reading my book made her think about the troubles her library system has had with accommodating homeless people who sleep in the library – and I’m thinking of writing something about that.

And I’m about to become chair of my department at Emory, so that’ll consume a lot of energy over the next few years.

A: For a little preview of some of the ideas and materials in my book, you can check out two pieces I wrote for the Los Angeles Times, here and here. For more information about me and my work, please visit my website.