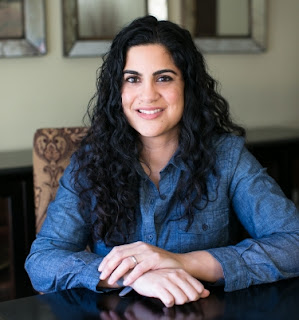 Hena Khan is the author of a new novel for kids, Amina's Voice. Her other books include It's Ramadan, Curious George and Golden Domes and Silver Lanterns. She lives in Rockville, Maryland.

Q: How did you come up for the idea for Amina’s Voice, and for your main character, Amina?

A: I wanted to write a middle grade novel that featured a Pakistani-American Muslim girl but focused on universal themes like friendship, dealing with change, and finding confidence.

Amina is a shy girl trying to find her voice, both literally and figuratively, and in many ways she represents parts of my own personality when I was that age.

I think there are a lot of stories out there nowadays with female protagonists who are outspoken, confident, go-getters and while I think they are important role models, it’s important for the quieter girls to have their chance to shine too!

A: Without giving away what happens, I will say that the story ended in a completely different way when I first wrote it. And all of the readers who looked at that first draft had almost a violently negative reaction to it! 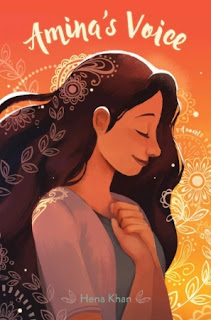 They were extremely unsatisfied by the events and the feelings they were left with. So I took their advice and reworked the ending to what it is now.

Q: The book is part of a new imprint called Salaam Reads, part of Simon & Schuster that focuses on children’s books with a Muslim theme. What impact do you think your book and the other books will have, especially in the current political climate?

A: I’m honored that Amina’s Voice was the inaugural release for Salaam Reads, and to be a part of this imprint. It’s been fantastic to see the love that Salaam Reads has been getting so far, and to know that these books are being welcomed into the world of children’s literature by those who value diverse voices and see the need for books like mine and the rest.

I have to believe that these books will make a difference in today’s climate, and that getting to know a family and girl like Amina will help people to understand American Muslims better and hopefully have more compassion and tolerance. And I want American Muslim children to feel worthy and included by having their stories out there for everyone to read. 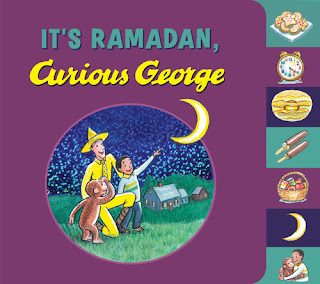 Q: Getting back to our previous Q&A about your Curious George book, how have kids (and their parents!) reacted to the book?

A: It’s been an overwhelmingly positive response! I never get tired of hearing kids and parents tell me how happy they are about the book, and with Ramadan around the corner again, there’s a lot of excitement around it again. I see posts on social media where the book is part of Ramadan displays and featured on reading shelves.

It’s a wonderful example of how much representation matters, and how much it means to the American Muslim community to be included and to have a friend in Curious George. It makes everything else going on in the news and some of the very concerning challenges American Muslims are facing a little easier to bear.

A: I’m working on an illustrated chapter book series for Salaam Reads called Zayd Saleem: Chasing the Dream, about an undersized Pakistani-American boy with big basketball aspirations. As the mother of two boys living in a basketball-obsessed household, it’s been a blast to write it!

Unlike Amina’s Voice and my personal experience, in which Amina’s parents are immigrants, Zayd is a third generation American like my kids. So I get to explore that family dynamic, which has a lot of room for inter-generational humor, and have fun with a different perspective. 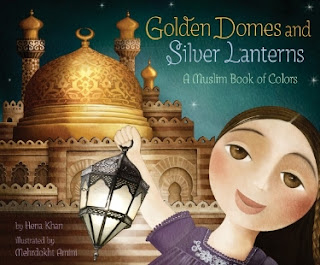 A: Over the past several years, and especially in recent months, I’ve been so moved by the outpouring of support for me and my work from unexpected places.

For example, Kate Messner decided to celebrate her book birthday by giving away copies of Golden Domes and Silver Lanterns to teachers and librarians.

It’s beautiful to see the kid lit community stand up for love and tolerance and work to educate people and push back against this climate of fear and hate-mongering. It’s encouraging and uplifting to be a part of such a wonderful and supportive community.

And I want to thank all of the amazing advocates and allies who have championed my books. I haven’t met many of them in person, but am sending huge virtual hugs!

--Interview with Deborah Kalb. For a previous Q&A with Hena Khan, please click here.
Posted by Deborah Kalb at 6:15 AM