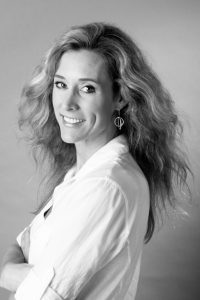 Katherine Nichols is the author of Deep Water: From the Swim Team to Drug Smuggling, a new book for adults and young adults. It focuses on the Coronado Company, a drug cartel that originated in Coronado, California, in the 1970s. A journalist and former teacher, her work has appeared in a variety of publications, including The New York Times and San Francisco Chronicle magazines. She lives in Boston.

Q: Why did you decide to write about the Coronado Company, and what did you discover in the course of your work on the book that especially surprised you?

A: Hearing tales of the Company was an inevitable part of growing up in Coronado, which inspired me to use the premise and create a fictionalized account. Based on that manuscript, Simon & Schuster offered me a contract for the nonfiction book. I did not expect to appreciate going beyond the criminal records of these multi-faceted men, and really trying to know them as human beings.

Q: How did you research the book, and were the participants usually willing to speak with you?

A: The research was difficult and elusive, so I tried to approach it in a structured manner by first obtaining archived court records. This required identifying the case numbers, submitting formal requests in writing, and receiving photocopied packets in the mail. The process is old school and cumbersome. 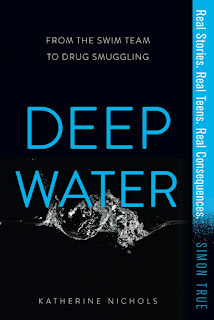 Then I started talking to my mother (who has lived in Coronado, California, since 1950), and calling old friends who were teachers and lifeguards or graduated from Coronado High School well ahead of me, in the 1970s. As with any type of investigative reporting, one person leads to another.

Many people hesitated to talk with me at first. Often, several conversations were required for people to understand and trust what I was doing. Sometimes I read aloud to give the source an idea of the writing and the unique approach. This helped, too, as did Simon & Schuster’s reputation.

(Please note: I can’t reveal whether or not I spoke with actual participants in the Company.)

Q: You've written that you "wanted to bring a journalist's discipline and a woman's sensitivity to the details." How do you think your own background affected how you wrote the book?

A: The elements of this book include researched and verifiable facts, an aggregation of anecdotes, opinions, and recollections, and my own creativity. My affinity for Coronado, sports, and the ocean informed the writing.

But I also knew the process of gathering information on other elements demanded objectivity and humility. Details often differed considerably, so I worked to avoid allowing this to become any one person’s perspective or story. Remaining one step removed helped me achieve a balance.

Q: You note that you didn't write the book specifically for teenagers. Who do you see as the most likely readership for the book?

A: Adults are the first readers, but I think Deep Water will become popular among teens when they discover it through their own unique channels. With any luck, it will encourage more boys to read, and could spark discussion between teens and parents. Astute parents find ways to watch and read what interests their children. These efforts open channels of communication.

A: [I recently graduated] from the Yale School of Management with an M.B.A. That has been my primary task for the past two years.

Next I plan to finish a book about dementia, and its effects on patients and families. It was excerpted in The New York Times several years ago.

I also managed to qualify for the Ironman Triathlon World Championship, which takes place in October in Hawaii, so at some point I need to start training for that. At the moment, I feel quite sedentary.

A: I’m outlining an idea for another narrative nonfiction/true crime book, because I loved the challenge of infusing creativity into a framework of researched facts. But I can’t talk about that quite yet!