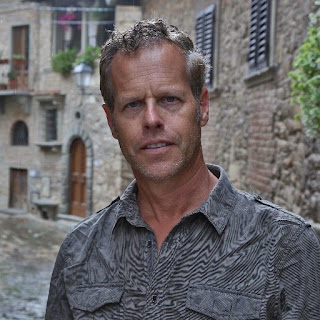 Glenn Dixon is the author of the new book Juliet's Answer: One Man's Search for Love and the Elusive Cure for Heartbreak, which describes his experiences in Verona, Italy, answering letters written to Shakespeare's character Juliet. He also has written Tripping the World Fantastic and Pilgrim in the Palace of Words, and his work has appeared in a variety of publications, including National Geographic and the New York Post. He is a former high school English teacher.

A: I already had a book in mind when I first went to Verona, only it wasn’t this book.  Like my first two books, I had thought to write a sort of investigative journalism book about love around the world. Verona and the letters to Juliet was going to be a single chapter in that book. It was my literary agent who convinced me that there was the kernel of a whole book in that chapter. 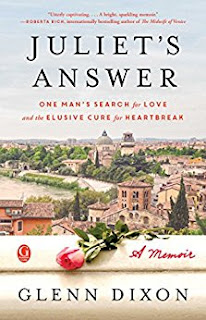 Q: As someone who taught Romeo and Juliet to teenage students, what do you think the play means to them--and also to adults?

A: Of course, love and sex are greatly on the minds of teenagers but I was careful never to underestimate my students - and the text of Romeo and Juliet, I think, served as a jumping off place for all kinds of really meaningful conversations in class, not just about the nature of love, but also of blind hatred and fate and societal pressures.

I think for adults, we have a certain nostalgia for our first loves, for those overwhelming passions and the play in that sense, serves as a warning.  What does Friar Lawrence say? “These violent delights have violent ends, and in their triumph die, like fire and powder.”

Q: Did you plan out the structure of the book before you started writing, or did it develop more organically?

A: Once I knew that I was going to focus on Verona and the letters, and, I might add, my own letter to Juliet, I began to think in scenes and in acts. The book has three acts which is the structure of a screenplay. 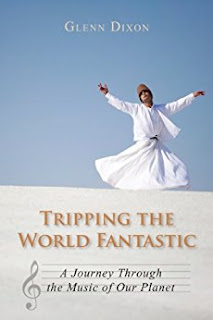 A Shakespeare play almost always has five acts but there are similarities anyway – there is a setup, a crisis and a resolution. For me, though, when I first started writing, I had no idea of the crisis I was about to face.

Q: What do you think you learned about yourself from writing this book?

A: Now, that’s a good question. When I first started writing this book, there was also a lot of research into the science of love in its pages. There’s still some of that there but we took out a lot, and stuck to the story that was happening.

And I can say, through what actually happened to me, that I do understand real love a lot better. I think I definitely learned something and I’d hope that anyone who reads the book will come away with some realizations. I can say for certain that I am the happiest I have ever been in my life but to tell you more would be a spoiler. 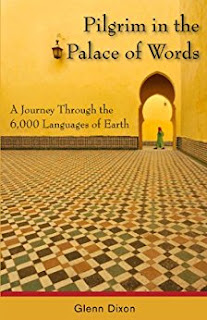 A: It’s funny, I’ve been joking with my friends that I will never write another piece of non-fiction. Everything in Juliet’s Answer actually happened. I had no idea the story was going to unravel in the way it did. It was as great a surprise to me as it is to the reader reading it now and I’m pretty certain that I’ll never have such a story happen to me again.

So, probably, my next book will be a novel. This time I’ll just get to make it all up and not have to live it.

A: Again, it’s hard to say anything without giving away spoilers but I guess I can tell you that when I finally did leave Verona, I didn’t leave alone. That was a couple of years ago now and I can say that the two of us are still very, very happily together.