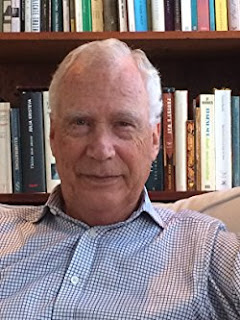 Peter Brooks is the author of the new book Flaubert in the Ruins of Paris: The Story of a Friendship, a Novel, and a Terrible Year. It focuses on the writers Gustave Flaubert and George Sand in 1870-1871. His other books include Henry James Goes to Paris and Realist Vision, and he contributes to the New York Review of Books. He is the Sterling Professor Emeritus of Comparative Literature at Yale University, and the Andrew W. Mellon Foundation Scholar at Princeton University, and he lives in Alexandria, Virginia.

Q: You note that you came up with the inspiration for this book in Paris in 2011. What elements combined in your mind that eventually resulted in the book?

A: I was leaving Paris, on my way to Charles de Gaulle Airport, gazing back at the city receding behind me. What you see last (as often first, too) is Montmartre, topped by the Basilica of the Sacré-Coeur.

I recalled that this was built in expiation of the sins of France during the Terrible Year—the defeat of the Franco-Prussian War and then the insurrection of the Paris Commune. A story there.

Then I remembered that Flaubert said that his novel, Sentimental Education—which I had long admired—ought to have saved his compatriots from the horrors of the Terrible Year. What did he mean? How was the novel related to the basilica? What else belonged to cultural reactions to the Terrible Year? 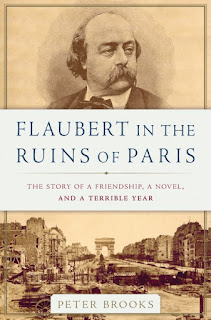 Q: How would you describe the dynamic between the writers Gustave Flaubert and George Sand?

A: The correspondence of Gustave Flaubert and George Sand is a delight to read—two smart, witty, unbuttoned writers and thinkers who decided they could say anything and everything to one another.

There is a kind of sublimated eros in their letters—they were never lovers, and didn’t aspire to be. Sand was 17 years older than Flaubert, and the veteran of several well-publicized love affairs. She represented for Flaubert a knowledge of the human heart he admired. And she clearly found him both exciting and admirable.

Q: Why did Flaubert think his novel Sentimental Education might have, as you write, "prevented the devastation he found in Paris in June 1871"?

A: Sentimental Education dramatizes Flaubert’s own generation’s experience of the Revolution of 1848 and its aftermath—including the snuffing out of its generous aspirations in Louis-Napoleon Bonaparte’s coup d’état, which ushered in his Second Empire. 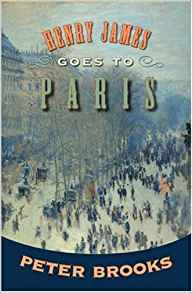 Flaubert thought he was demonstrating how difficult political action is—how rarely human agents manage to control the forces of history. His primary lesson seems to be: do no harm. That may mean abstaining from trying the change the world in the name of your ideals. Better to muddle by. Better, especially, not to kill in the name of ideology. Those who experience 1848 should have remembered this in 1871.

Q: How did you research the book, and did you find anything that particularly surprised or impressed you?

A: My research involved a great deal of history as well as literature—and the discovery of how closely related they were in 19th-century France, where most of the great writers were trying to understand their place in the troubled sweep of history since the first French Revolution of 1789. Sentimental Education makes most sense understood as an historical novel.

Most surprising and impressive may have been my discovery of the photographs of the ruins of Paris left by the bloody suppression of the Commune: achingly beautiful and somber records of devastation. 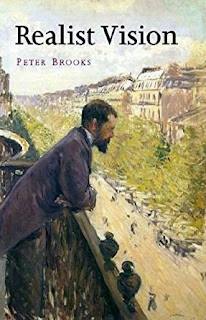 A: I am thinking about a book on an earlier and most less bloody revolution, that of July 1830, accomplished in three “glorious days.” It’s a moment of extraordinary artistic and cultural innovation coming from a younger generation: Victor Hugo, Hector Berlioz, Honoré de Balzac, Eugène Delacroix, Alexandre Dumas, Stendhal, and others.

It’s a kind of cultural breakthrough that then is betrayed by the aftermath of the revolution, with the hegemony of the commercial and industrial bourgeoisie. This will have to be a kind of collective portrait of a year of innovation.

I hope that in Flaubert in the Ruins of Paris I have found a way to make the reading and understanding of literature exciting and important by narrating its context and consequences. If I can bring new readers to Flaubert, I will be happy.