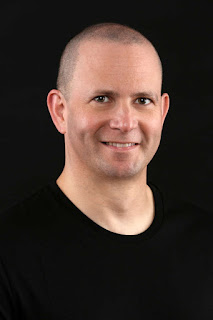 Keith R. Fentonmiller is the author of the new novel Kasper Mützenmacher's Cursed Hat. His work has appeared in Stonecoast Review. He is a lawyer in Washington, D.C., and he lives in Kensington, Maryland.

Q: How did you come up with the idea for your novel?

A: A complete answer to this question would require a depth of psychoanalysis more appropriate for a Neurotics Anonymous blog, so I’ll try to keep it short.

I trace my novel’s inspiration to two sources. First, my late grandfather, Dr. Meryl Fenton, whom we all called Papa. Like my novel’s protagonist (Kasper Mützenmacher), Papa was a squat fellow with a big nose. Unlike Kasper, Papa didn’t have a facial scar, nor was he cursed (so far as I know).

Papa always reminded me of Zoot, the jazzy, saxophone-playing puppet from the Muppet Show, which may explain why Kasper loves jazz and plays the cornet. It also may explain Kasper’s overwhelming sense of being manipulated like a puppet, whether by Nazis, women, his children, or Fate.

Second, there was an incident when I was 10. Growing up, my family had a Sunday breakfast tradition with bagels, cream cheese, lox, eggs, and—the best part—Sara Lee pecan coffee cake.

One day, my dad carved out the coffee cake’s center for himself, leaving a thin, bready rind for everyone else. I remember thinking, Is he having a stroke? Is he possessed? Turns out, he was just indulging a whim. (Full disclosure: My father claims not to recall the incident.)

Granted, as childhood traumas go, a gutted coffee cake is pretty mild stuff. Yet it’s stuck with me all these years because of what it symbolizes—the psychic void inside us all, a void we spend a lifetime trying to fill. So it was only natural I wrote a novel about cursed hat-makers, right? Right? Of course, right. Think about it: What’s a hat but fabric wrapped around an empty center? 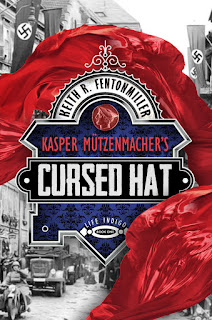 Q: Did you need to do much research on the historical periods you cover in the novel, both in Germany and the United States?

A: I read many books to get a sense of what life was like for Germans, and German Jews in particular, during the ‘20s and ‘30s, and for black Detroiters during World War II.

I also visited the Library of Congress to view old issues of the sci-fi magazine Amazing Stories, elements of which made it into the novel. I also reviewed century-old issues of the music magazine Metronome, which documented the evolution of ragtime into jazz and the shifting attitudes toward that syncopated, improvisational musical form.

Through Google Books, I discovered early 20th-century books about millinery, which proved invaluable for the scenes where Kasper teaches his children to make hats.

Q: The book incorporates both history and fantasy. What did you see as the right balance?

A: History and fantasy aren’t necessarily oppositional story elements. This is my modus operandi: whatever elements an author invokes—whether it’s history, fantasy, absurdity, romance, violence, humor—and to whatever degree he or she invokes them should serve the narrative, not the other way around.

The Cursed Hat is primarily a family saga about the fluidity of tradition, faith, and identity. The curse, the wishing hat, and the historical settings were means to instantiate these themes through the struggles of the Mützenmacher family, hopefully in a colorful way that does not digress from the core narrative.

I invoked Greek myth because it taps into the psychological archetypes that both animate our personalities and embody the communal schema that, for better or worse, define families and cultures across generations.

The horrific events of the mid-20th century likewise possess a mythical, almost unreal quality for me. I was born long after World War II. I am temporally and geographically separated from the Nazi genocide and the race riots that plagued American cities. My ancestors endured no losses of lasting significance during that era.

Nevertheless, those events haunt me in a very palpable way: I owe my very existence to accidents of geography, genetics, and good timing. As far as I’m concerned, the line between history and myth (a type of fantasy) is blurry and arbitrary, assuming such a line even exists. This is certainly the reality that the Mützenmachers occupy.

A: Kasper Mützenmacher’s Cursed Hat began as a single book set in the present. The events of the story were no more than a few paragraphs. After years of expansion and tinkering, those events morphed into Book One of the Life Indigo series.

Although I knew how I wanted to end the series, I did not know how I would end the Cursed Hat when I started writing. The key was figuring out the story I was trying to tell.

Ultimately, I focused on one theme: the persistence of family tradition. Like the curse in the story, traditions—whether religious, cultural, or familial—have a powerful binding effect. But when traditions are perpetuated mindlessly, selfishly, or demagogically, they become vice-like, oppressive.

The English word “tradition” comes from the Latin word to transmit, hand over, or give for safekeeping. That definition presumes the existence of a willing recipient, which is not always the case with traditions, let alone curses.

The intended recipient may balk. He may see resistance as his only option, even his obligation. As German-Jewish philosopher Walter Benjamin once said, “In every era the attempt must be made anew to wrest the tradition away from a conformism that is about to overpower it.”

This is the tension with which each Mützenmacher generation must grapple. Once I teased out this struggle, the character arcs for Kasper and his grandson Chance became clear, and the ending I ultimately chose felt right, if not inevitable.

A: I am working on Life Indigo Book Two: Memoirs of a Water Nymph. I hope to publish it by late 2018. I’ve also been writing shorter pieces. My short story, "Non Compos Mentis," was recently published in the Stonecoast Review. I’m honored that the journal nominated the story for a Pushcart Prize.

A: A few weeks ago, my wife discovered the stiff, lifeless body of Butter, my daughter’s goldfish, on the kitchen floor. Evidently, it had leaped out of its aquarium during the night. It happened to be the same day my book came out. What’s the significance of this piscine suicide? There’s only one logical conclusion: Buy my book—if not for me, do it for Butter.