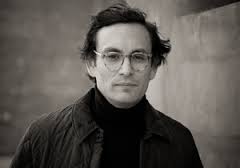 Simon Van Booy is the author of the novel Father's Day, now available in paperback. His other books include the novel The Illusion of Separateness and the story collection The Secret Lives of People in Love, and his work has appeared in a variety of publications, including The New York Times and the Financial Times. He lives in Brooklyn and Miami.

Q: How did you come up with the idea for Father’s Day, and for your characters, Harvey and her father Jason?

A: In a dream! I used to laugh when people said that, that it would be full of rabbits riding bicycles. I dreamed I had an artificial leg and was hobbling around a baseball field and my daughter was missing. At the time she was 7 or 8. Any parent’s biggest fear is a child missing. In the dream, I had such panic.

I thought, who is this character? The only person I knew [who resembled this figure] was the guy who ran the IT department at the university I went to. He was a loner, a heavy smoker. He unknowingly cast himself in the role of Jason. You understand the strange alchemy.

Q: The novel includes various times in the characters’ lives. Did you write it in the order in which it appears in the book, or in chronological order for the characters? 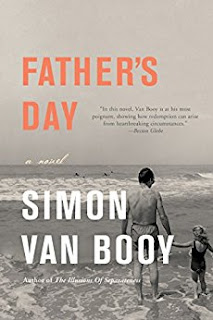 A: I didn’t write it chronologically. After, I moved bits around, [when I figured out when a certain plot point] should be revealed. I understood that the thing about the book was keeping myself out of it. My natural style with language is to go over the top. I wanted to have a trace of Jason’s vernacular.

A: That came to me as I was writing. The ending I originally submitted ended about a page before the ending now. My editor said it’s not the right ending. After five books, I thought I had a handle on endings, but he was 100 percent right! I worked on the ending for several more weeks, and I and he were happy with it. The reader’s supposed to know something the characters don’t.

Q: How was the title chosen?

A: It’s the idea that fatherhood is more than just a genetic entitlement, it’s an act of will. It’s a generic holiday, Father’s Day. It was probably invented by a raging capitalist to make money on cards and tool boxes. But it’s important—it gives us a chance to recognize people…we recognize elders within our tribe. 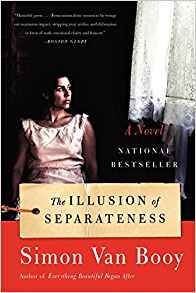 I wanted to give it a commercial title almost as a disguise. I think it’s too disguised. Nobody said, I like what you did with the irony of the corporate holiday!...

Q: Why do you prefer short stories?

A: It’s like a Rubik’s Cube I can actually do! It takes me maybe three weeks of tinkering. With a novel, there’s absolutely no sense of completion until you’re a year in. It’s so hard—it’s like dealing with a roomful of kids throwing up, and it’s all chaos, and then suddenly they’re all sitting down, in suits, and it all comes together!

The hard part of being a writer is it’s work with no sense of safety…It’s a strange process—with a normal job, you’re making progress, it’s your job, the boss is happy. 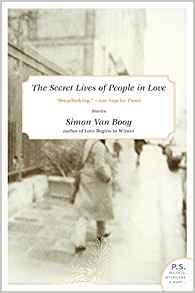 As a writer, you tie up a story with your own life, almost as if you’ve impacted your life. In the middle of the night, you decide you’re going to rearrange your drawer. In a book, it’s like unpacking your life at a time of crisis and when you put it back you have to rearrange [things]. It’s like constant self-therapy.

A: Book two of a children’s series. It’s about a girl who wakes up on a mysterious island and doesn’t remember anything about herself. She’s found by an old person who takes her back to a cottage. She’s the next keeper of lost things…she has to return things to people in history.

It’s fun to write because it’s not often you can sit in bed in the middle of the day in your pajamas and write about mice rollerskating. You can indulge any whim you have!

Q: Anything else we should know about Father’s Day?

A: The main theme of Father’s Day is overcoming anger. For a lot of people, anger is the solution to things they faced in the past and felt they had no control over.

For someone like Jason, or a lot of decent men, they never learned the tools to deal with themselves…Jason gets a second chance at life; he has to give what he most needs: unconditional love, care, gentleness. It’s a book about overcoming anger and terror and a terrible childhood, to making your life pretty wonderful.