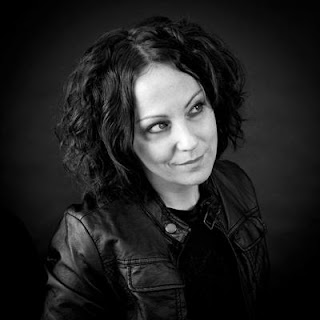 Claudine Dumont is the author of the new novel Captive. It focuses on a woman who finds herself confined in a room. Dumont is a writer, teacher, and photographer based in Laval, Quebec.

Q: How did you come up with the idea for Captive?

A: I came up with the idea for Captive while reading A Million Little Pieces by James Frey.

In the first couple of pages, while the protagonist is contemplating his next stay in yet another rehab center, thinking that maybe this time is life was gonna change, get better, meaningful, I thought about the fact that a lot of people I know could use that kind of rehab even thought they were not hooked on anything, just wasting life away.

I though, hey, let's create that: a place where you are made to understand life can be good if you just wake up and enjoy it. That is what I did. 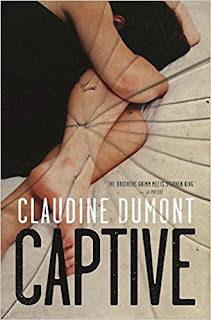 A: I did know the end before I started to write, so I did not make a lot of changes along the way. I had a clear idea of Emma and Julian, and I went from there to the end.

Q: Your book has been compared to Emma Donoghue's novel Room. What do you think of that comparison?

A: When I read that Captive was compared to Room, I went and read Emma Donoghue's book. I liked it a lot, so I was flattered to be compared to it, but the only link I saw was the confinement part....Still, good publicity.

Q: Who are some of your favorite suspense authors?

A: I read a lot. I have a lot of authors I like. But my favorites are more in the horror genre, as in Stephen King and Dean Koontz (my second novel, which has not yet been translated, is called "The Little Girl Who Loved Stephen King”).

A: I am working on my third novel, a story about a girl who can't sleep anymore, and undergoes an untraditional therapy with a psychologist that has developed a very special machine to get to his patient's mind.

A: As for anything else you should know, well, Captive is up to be made into a movie in Quebec, and the coffin scene in the book is based on my own very intense fear of closed up spaces....