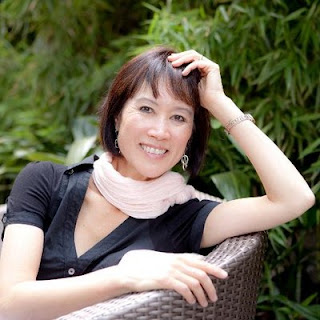 Tess Gerritsen is the author, with Gary Braver, of the new novel Choose Me. Gerritsen's many other books include the Rizzoli & Isles series. Also a retired physician and a filmmaker, she lives in Maine.

Q: What inspired you and Gary Braver to write Choose Me, and how did you create your characters Frankie, Taryn, and Jack?

A: Gary and I met at a literary event some 25 years ago and have been friends ever since. A few years ago, we met up at a cocktail party in Boston and started talking about the #MeToo movement.

I told him it would be interesting to write a novel that explored the topic, told from both the male and the female perspectives. Depending on your point of view, the same situation can be viewed in very different ways.

Right there, over drinks, we began tossing ideas back and forth. We agreed the plot would be in the "gray area" of #MeToo, about an inappropriate (but not abusive) affair between a college professor and his student. Since Gary is a university professor, it made sense to put the story in an academic setting.

We didn't want this to be a good vs evil story, but rather a story with moral ambiguity, where there are no evil villains or shiny heroes. Aside from agreeing that the student would end up murdered, we didn't know much more about the plot -- certainly not who the villain was.

But we did agree that Gary should write the male POV and I would write the female points of view, of both the murdered college student as well as the female detective who investigates the death. 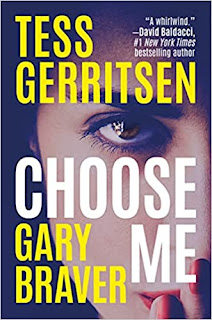 Q: Can you say more about how you collaborated on the novel? What was your writing process like?

A: A few weeks after that fateful cocktail party, Gary emailed me the first chapter of the story, told from the point of view of Jack Dorian, the professor. I responded with a chapter told from the POV of Taryn Moore, the student.

As the months went by, we exchanged chapters, all over email. Oh boy did our characters torment each other! We had a good time one-upping each other with every crisis. It was a long, slow process (it took about two years), and it took lots of rewriting to mesh our writing styles so they didn't clash too much.

And about two-thirds of the way through, we had to stop and discuss who the killer might be (up till then we still didn't know!) Neither of us had ever collaborated before, and this was a completely different way of writing for both of us.

Q: Did you have any idea of how the novel would end before you started writing it, or did you make many changes along the way?

A: We felt our way through the whole thing. This is actually my usual writing process; I'm very much a seat-of-the-pants writer. But it was a new process for Gary, who has his stories planned out from the very beginning. We were continually making changes and adjustments, not just about our characters but also about the mystery.

Taryn Moore (who I knew was an obsessive type) gradually evolved for me as I wrote about her. She went from a needy and damaged character to someone with the capacity to do a lot of harm.

Q: The Kirkus Review of the book calls your characters "a modern-day Heloise and Abelard." What do you think of that comparison?

A: It's very apt. The story of Heloise and Abelard is about an affair between a teacher and his much younger student. It ends tragically, with Heloise locked up in a convent and Abelard, after a brutal mutilation, renouncing his passion for her. Our story is also about a teacher/student affair and the terrible consequences for both.

A: I recently turned in my 13th Rizzoli & Isles novel (Listen To Me), which will be published summer 2022. It was a fun story to write, focusing on Jane Rizzoli's mother Angela, who turns out to be a pretty good detective herself.

The problem is, she's a middle-aged housewife and no one shows her any respect. So when she sees things out her living room window, and tells everyone there's something wrong going on in the neighborhood, no one believes her.

A: I'm now working on an espionage thriller set in my own hometown. What happens when a retired female spy gets called back into service -- and doesn't want to go?