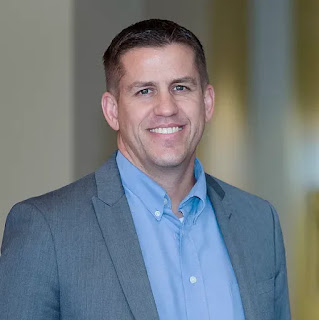 Steven T. Collis is the author of the new book The Immortals: The World War II Story of Five Fearless Heroes, the Sinking of the Dorchester, and an Awe-Inspiring Rescue. He also has written the book Deep Conviction, and is a law professor at the University of Texas School of Law.

Q: What inspired you to write The Immortals?

A: I first came across the story when I saw a stamp issued in honor of the Four Chaplains. I locked the story away in the back of my mind and told myself: if I ever get the opportunity, I'm going to bring this story to life for readers.

Then, after I already landed the book deal and was researching the lives of the chaplains, I came across the story of Charles W. David, Jr. I realized that he had not received nearly as much attention as the chaplains and that I could not tell their story without telling his.

Q: How did you research the lives of these men, and did you learn anything that especially surprised you?

A: Interviews, archival research at the National Archives and the American Jewish Archives, memoirs, letters provided by family members, books on U-boats, journals by U-boat captains, immigration records, academic treatises on German spies, resources from the Chapel of the Four Chaplains, formerly top secret government reports, many other sources--all played a role in bringing the book to life. 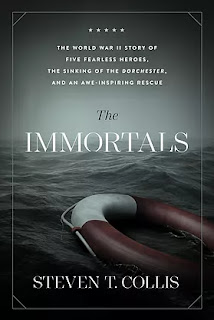 What surprised me the most was how little had been told about Charles W. David, Jr. At most, he had received a few paragraphs of treatment in one book. That's not to say he'd been completely ignored--he did receive honors and the Coast Guard named a ship after him. But previous accounts of the sinking of The Dorchester tended to focus on the chaplains and not on the rescuers.

Q: What do you see as their legacies today?

A: We live in a time when people are struggling to sacrifice even a slice of their own self-interest to help those who are different from them. The Immortals give us an example of humanity at its best, and my hope is that we can all follow their examples.

Their legacy is more than their examples, however. Thousands of people are alive today because of what the Immortals did to save their ancestors.

A: We had originally called it "The Immortal Chaplains," but as soon as I learned about Charles David, I reached out to my editor and said, "We have to change the title." Thankfully, he agreed 100 percent. From there, the title "The Immortals" flowed naturally.

A: I just finished the manuscript for a novel, based on a true story, of an American fighter pilot captured behind enemy lines during the Korean War.

When he parachuted to the ground, he snapped both his ankles, was captured by the North Korean and Chinese armies, then attempted a daring escape. North Korean soldiers received an order to execute him upon recapture. They did find him again. What happened next is nothing short of miraculous.

A: I regularly speak all over the United States about both writing and religious freedom law. Keep an eye on my website for various speaking dates. I'd love to see people in person (especially once the pandemic is finally, completely behind us)!