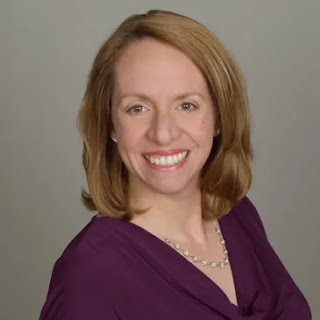 Georgie Blalock is the author of the new World War II-era historical novel The Last Debutantes, which focuses on Valerie de Vere Cole, the niece of British Prime Minister Neville Chamberlain.  Blalock's other books include The Other Windsor Girl.

Q: What inspired you to write The Last Debutantes, and how did you first learn about Valerie de Vere Cole?

A: The Last Debutantes was inspired by an excellent documentary on the debutantes of 1939 that I saw on You Tube (https://www.youtube.com/watch?v=ISg0_-mTLBY).

I read about Valerie de Vere Cole, Prime Minister Neville Chamberlain’s niece, when I began researching the 1939 debutante season. Although there are few details about Valerie and her season, I was fascinated by her place at the center of British social life and politics on the verge of World War II.

I was also intrigued by Anne Chamberlain and her role as Valerie’s aunt and sponsor and how she stepped in after her wastrel brother ruined Valerie’s childhood.

Valerie, because of her lineage, should have enjoyed every advantage but thanks to her father, she hadn’t. After his death, she was thrust into the social whirl while living at No. 10 Downing Street and saw firsthand the lead up to World War II.

The contrast between her past and present and the pressure of encroaching war offered a great deal to work with. She was a unique debutante during a very distinctive season.

Q: How did you research Valerie's life and those of the other young women who were debutantes in 1939? Did you learn anything especially surprising?

A: Valerie’s life was very difficult to research because there isn’t much available on her. Despite her famous relatives, she did not keep or publish a diary and she stayed out of the spotlight. 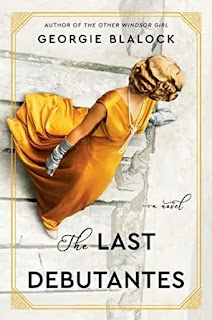 I did a lot of research on her father, her aunt and uncle, and her stepmother and through them I was able to catch glimpses of her life. I also read the Chamberlain family correspondence to try and find mentions of her.

I researched many of her contemporaries and used details from their lives to help fill out Valerie’s. I also studied other notable British women with challenging childhoods, such as Lady Mountbatten and Clementine Churchill, and drew from their experiences with distant parents, boarding schools and difficult upbringings to further round out Valerie.

I also did this for Dinah Brand who doesn’t have a lot available on her either. There’s more available on Katherine Ormsby-Gore, Eunice Kennedy and Christian Grant so I read their biographies or autobiographies, and those of their family members, and used real details from their lives.

What surprised me the most in my research is how the grueling debutante season was designed to train young women to function in the adult world as much as it was a chance for fancy dresses and balls and meeting gentlemen.

Most debutantes were very sheltered, and the Season was their first taste of the real world. The exhausting rounds of dances, parties, and events forced them to deal with different people in various situations, manage schedules, gain confidence, employ conversation skills, and develop social graces.

These skills would have served them during normal times but they became very important when World War II forced many of them out of their comfortable upper class worlds and into factory work and military service at home and abroad.

Q: How would you describe the relationship between Valerie and her uncle, British Prime Minister Neville Chamberlain?

A: In the novel, Neville is the father Valerie never had. He cares about her and he wants to teach and guide her as best he can. However, because of his responsibilities as prime minister, he isn’t heavily involved in her life or her Season. I used Neville’s fatherly concern as a foil to her real father’s neglect.

In regards to their true life relationship, I can’t say what it was really like because there is so little available source material. However, the Chamberlains, especially Valerie’s Aunt Anne, stepped in and took care of Valerie after her father died and continued to do so after they left No. 10.

Neville and Anne had two children of their own and Neville was known to stop working after 7pm so he could spend time with his family. Neville married Anne later in life, and there was a bit of an age difference between them, but he was very close to her and credited her for his success. I think my portrayal of Valerie and Neville’s relationship could be an accurate one.

A: I hope readers come away inspired to overcome whatever challenges they face in life and to see that there is always a chance to reinvent themselves or begin again, and that good friends can make all the difference.

I also hope they are intrigued and want to further explore this small moment in history and the young women who were a part of it.

A: I’m currently working on a novel about Princess Louise, Queen Victoria’s artist daughter. She was a rebel in the family, choosing to pursue an art career, marrying an Englishman instead of a foreign prince, and trying to live life as much on her terms as a princess could.

She is another fascinating woman that I’m enjoying bringing to life.

A: My deadline for finishing The Last Debutantes was June 2020. I’d had my writing schedule for March through June planned out and, as we all know, the universe had other plans. To say I had to adapt and adjust is an understatement but I did it and I met my deadline.

It was a very unique experience to write during such a stressful time but it allowed me to better relate to the debutantes who were doing their best to carry on with their normal lives while also living though very uncertain times.