Q&A with Damon B. Akins 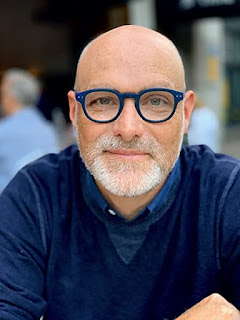 Damon B. Akins is the author, with William J. Bauer Jr., of the new book We Are the Land: A History of Native California. He teaches in the history department of Guilford College, and he lives in North Carolina.

Q: Why did you and William Bauer decide to write this book?

A: We decided to write the book because it needed to be written. You often hear authors talk about filling a void—in this case, there really was a void.

A few books have tried to do what we did, cover Native American history in California up to the present. There were some books in the 1970s and ‘80s, but they didn’t do a lot on the 20th century. They weren’t written with the same broad goal in mind.

Q: What do you think are some of the most common perceptions and misconceptions about California’s history, especially regarding its Indigenous population?

There’s also a layer of genocide, the violent nature of the dispossession of California’s Native people. For people who know that, it’s easier to [assume] that the California people disappeared. But they didn’t disappear or get killed off. 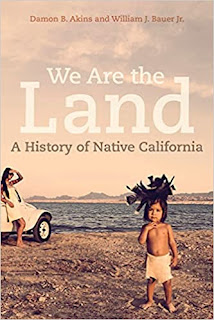 One other example is that the mission buildings were built by Native people. It was their sweat. They formed the adobe bricks by hand. They shaped the roof tiles over their calves and thighs. It was the embodiment of the labor Indigenous people did.

Q: Your book covers several centuries of history—how did you conduct your research, and did you learn anything that especially surprised you?

Also, the book was able to be what it is because of the great secondary literature that’s already been done. The book was too vast to do without that.

So we did primary work of our own, and looked at secondary work by others, and we traced their primary sources back and examined the sources they used. There are stories we developed that came out of other people’s work. And in some places, we did old-school primary research to fill in the gaps. Both of us found [other] projects through this.

Q: The Kirkus Review of the book says, “Especially in a time of climate change and social upheaval, all people stand to learn about how to live in a place by studying ways both ancient and modern…” What do you think of that description, and what do you see looking ahead for California’s Indigenous people?

A: We’re at a really weird place right now. It’s wonderful and exciting, but strange.

If you look at the mainstreaming of Indigenous land claims, it’s the best time to be a California Native since prior to the arrival of the Spanish, because things have gotten better. Not to say that things are good, there are still a lot of challenges, but they’ve never had quite the platform they have right now.

California is doing a pretty bad job managing itself—the fires and earthquakes are exacerbated by climate change happening so quickly. Native people are getting stronger in asserting their right to control their land at the same time that non-Native entities are [floundering].

One reviewer rightfully critiqued the book, saying we didn’t spend [enough] time dealing with fire, and we agreed. It was part of the work we’re doing, but in the narrative construction it got left out.

One common misperception is about how Native people lived in harmony with the natural world. They lived in balance, but they didn’t live in a landscape that they didn’t touch.

The landscape people think of as Edenic--before the Spanish, the Mexicans, the Americans—was not untamed. It was managed by Indigenous practices. One was regular burning, to cultivate certain types of trees. It was a very managed landscape.

What we’re seeing now is a dramatic increase in the severity of fires. It’s hard to make a case that [it’s being managed well]. Native land management practices could offer a lot.

A: One of the areas we focused on in Chapter 4, trying to look at what happened as the missions declined, before the Gold Rush happened. They declined in the 1830s and lingered until the early ‘40s as a shell of what they used to be. In 1848 gold was discovered.

That decade is striking to me—it ends up as a coda on missions or as an introduction to the Gold Rush. The project I’m working on now is a history of California that focuses on that period.

A: One thing Willy and I are really proud of is the way the book looks and feels. We were very intentional in wanting it to be inexpensive, and not have it hurt if it drops on your foot!

We wanted the book to reach people who might not be looking for this particular book. We’re thrilled with the cover—it’s enough to make you pick up the book! We’re hoping the book will be in gift shops in the missions people visit in California.