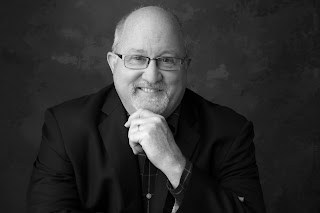 Donald Cameron Clark, Jr. is the author of the new book Summary Judgment: A Lawyer's Memoir. An attorney, he also is a theatrical producer and owns the Chicago Magic Lounge.

Q: What inspired you to write Summary Judgment?

A: First, Summary Judgment is a fascinating story that offered the opportunity to teach valuable lessons. It illustrates the importance of defending the guilty by advocating for adherence to constitutional rights in criminal proceedings.

Ensuring that criminal proceedings are free of constitutional defect is as much a criminal defense attorney’s job as arguing about factual guilt or innocence. To deny anyone a robust defense—even someone who may be factually guilty—would be to put everyone’s liberty at risk.  As Martin Luther King Jr. said, “Injustice anywhere is a threat to justice everywhere.”

Second, the story calls for us to be equally committed to doing justice retrospectively as we are to doing it prospectively. Because death is different, not just in degree but in kind, from all other forms of punishment, post-conviction attorneys are necessary to ensure that the conviction and death sentence were properly imposed.

Post-conviction counsel help ensure that constitutional principles will be upheld not only in a given case, but in every case.

Finally, the story tells my grandchildren a bit about my legal career.

Q: Did you need to do additional research to write the book, or was it based primarily on your own memories and experience?

A: While representing a man sentenced to die is not something one forgets, I did supplement my memories with research, especially regarding the history of the death penalty in America and what happened to Tommy Hamilton, the judges, and the lawyers in the case after my involvement with them came to an end. 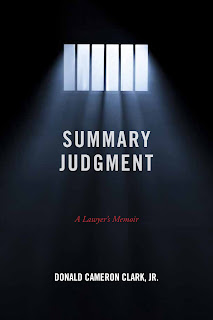 In doing this research, I was surprised to discover that my seven-times-great-grandfather, William Cheney, Jr., was among the first settlers to be executed in Colonial America.

Q: What do you think the book says about the application of the death penalty in the United States in recent decades, and what do you see looking forward?

A: The current system of capital punishment in America needs significant reform.

This is particularly true in Alabama. The American Bar Association has identified several areas in which that state falls short in its efforts to afford every capital defendant fair and accurate procedures.

These include inadequate indigent defense services at trial and on direct appeal; lack of defense counsel for state post-conviction proceedings; and capital juror confusion.

The Equal Justice Initiative has reported that at least 170 Alabama death sentences have been reversed by state or federal courts and resulted in exoneration, lesser conviction, or a reduced sentence.

Still, statistics from the Death Penalty Information Center indicate that the death penalty in America is dying.

Joe Biden is the first president in U.S. history to have openly campaigned on abolishing the death penalty and won. And legislation is pending before Congress to abolish the federal death penalty.

Ultimately, I believe the death penalty should be abolished legislatively or, because of an evolved standard of decency, be declared unconstitutional.

Utilitarian justifications, such as incapacitation or deterrence, are either unsubstantiated or may be achieved through incarceration. And the retributive extinction of a human life cannot, in my view, be morally justified.

A: Defending the guilty is an important aspect of justice work. The conviction of innocents is not the only possible flaw in a criminal justice system.

To defend against the death penalty is not to be dismissive of crime. It is not to be callous toward victims. Tommy Hamilton was not innocent, but he was unconstitutionally found guilty and sentenced to death.

A: I am re-opening the Chicago Magic Lounge, a nightlife venue that is top rated on TripAdvisor and one of “Chicago’s Best,” according to Chicago Magazine.

I am also producing a new play, When Harry Met Rehab, a comedy that takes sobriety seriously, which will have its world premiere in Chicago in December.