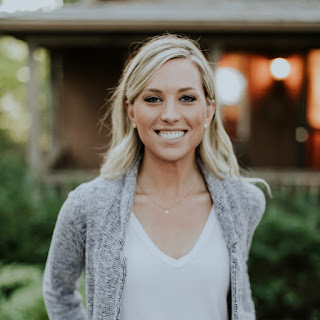 Samantha Specks is the author of the new novel Dovetails in Tall Grass. A clinical social worker, she lives in Houston.

Q: Dovetails in Tall Grass was inspired by historical events.  How did you create your characters Emma and Oenikika?

A: Dovetails in Tall Grass was inspired by the events surrounding of the U.S.-Dakota-Sioux war of 1862, including the hanging of 38 Dakota-Sioux men in Minnesota following the war―which to this day is the largest mass execution in U.S. history. Sadly, the war was also the largest mass civilian casualty event until the events of September 11, 2001.

As a person who grew up in Minnesota, I was surprised I hadn’t learned more about this war in my history classes. My personal interest led me to read anything I could about the topic, and I continued to research the topic during my academic research for my master’s in social work.

Eventually I started to see the history, especially the injustices, through the lenses of two young women… over a decade of research and writing later, those lenses are now “Emma” and “Oenikika.”

A: Capturing the actual events of the U.S.-Dakota War on the page was extremely important to me. Initially, I wanted to work in every single detail and follow the exact timeline of all battles in the war, etc. But once I started working with an editor, I learned how I could stay true to the history but not get locked down in chronicling every single event. 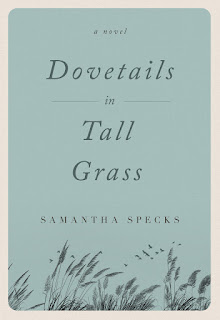 Then I really dug into my protagonists’ emotional journey – and that’s where the magic happened! (Although I still managed to sneak in historical details like the actual weather conditions for my characters to encounter.)

Q: You’ve said that you’ve been interested in this topic since high school. How did you research the book, and did you learn anything that especially surprised you?

A: I educated myself. I learned about the Dakota-Sioux people, about proud warriors, and hunters. Years passed and my interest never waned.

During graduate school (Master of Clinical Social Work, University of St. Thomas) I dug into the scholarly articles. I learned about the violence of westward expansion that happened here that ended many lives and changed so many others. The war that sparked the next three decades of warfare, massacre, and genocide of the Indigenous people of the plains.

Reading scholarly articles couldn’t take the place of walking the bluffs along the river, touching the stone of old buildings that would have echoed the gunshots of battle, or standing on the ground where 38 men lost their lives at once.

Each summer, my grandmother, mother, and I visited the historical markers scattered through the countryside. These markers were almost unnoticeable along a random gravel road next to a soybean field. The three of us would stand around quiet stone statues with dandelions sprouting around the bottom.

Most of the monuments featured the names of the settlers – over 600 men, women, and children – killed. Other markers listed the 38 names of Dakota men hanged after revenge-fueled and unjust military trials. Peaceful rolls of prairie and sleepy country towns held so much history that mattered then and now.

A: After finishing Dovetails in Tall Grass, I have a few hopes for readers…

I hope a reader sets the book down and thinks, “Wow, I can’t believe I didn’t know about this time in history before…” and they instantly google “Chief Little Crow” or “Dakota 38+2 Riders” -- and maybe even search for “Emma Heard” or “Oenikika” because these characters feel so real, they must be part of the actual history.

I hope this is a novel that makes a reader look forward to her book club meeting – that it brings out lively, engaging, dynamic conversation in a group. And that she chooses to chime in a few more times than she usually does in a discussion.

And finally, at the end of the day, I hope a reader will remember Dovetails in Tall Grass as a novel that made her think, feel, and question – the book she recommends when someone asks her, “Have you read anything good lately?”

A: My current project is the sequel to Dovetails in Tall Grass -- Dovetails of a River -- set at the Battle of the Little Bighorn. The events that happened in 1876 are so compelling; I’m writing fast as can, I can’t wait to talk with readers about this next one!