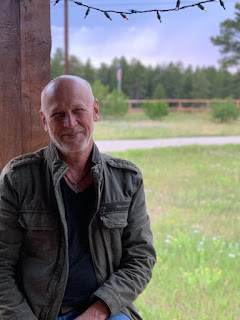 Bruce McCandless III is the author of the new book Wonders All Around: The Incredible True Story of Astronaut Bruce McCandless II and the First Unthethered Flight in Space. His other books include the novel Sour Lake. Also an attorney, he lives in Austin, Texas.

Q: Why did you decide to write this book about your father's experiences as an astronaut?

A: During the course of his life, several people approached my dad with proposals to write about his life. He turned them all down. I suspect it was partly out of modesty: He simply wasn’t sure his story was all that interesting, as strange as that may sound.

In the last year of his life, though, he changed his mind. He decided he did want to tell his story, and in fact started talking to people about a possible title. Unfortunately, he died unexpectedly before he’d managed to make much progress on the project. I wrote the book to finish what he started.

Q: How much research did you need to do to write the book, and did you learn anything that especially surprised you?

A: It’s funny, because you might think that since I was writing a biography of my dad, someone I knew pretty well, I wouldn’t need to do much research.

But it did take me several months of reading and talking to people involved with the space program to get a sense of how my dad’s work fit in with the more general history of NASA. 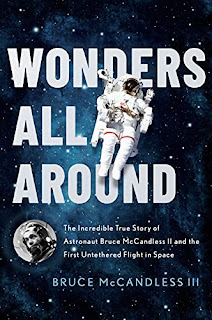 I’m not sure you can ever do “enough” research, and frankly I feel like I’m still learning about space exploration. I wouldn’t have minded spending another couple of years on the project.

Q: As you were writing the book, was it difficult to separate your roles as son and biographer?

A: Ultimately it was impossible, which is why the book became as much a memoir as a straight biography. I found that I couldn’t tell my dad’s story without telling the story of the rest of the family as well, for better or worse. I think it was probably for the better.

The book as written is a little more conversational and subjective than my dad probably would have preferred, but I think what the book lacks in technical expertise it makes up for with readability and relatability.

Q: What do you see as your dad's legacy?

A: In a tangible sense, his legacy is the Hubble Space Telescope, which he (and a number of other people, of course) worked very hard to design, deploy, and later repair.

Hubble has been called the most important scientific instrument in human history, and I’ve had astronomers thank me—inappropriately, of course—for the work my dad did to get it up and functioning.

If you read the book, I think you’ll see that a subtler legacy may be the example he set of hard work and determination to achieve his goals, even after many years of career disappointments.

A: I’m currently finalizing a sequel to my sci-fi/horror novel Sour Lake, which continues to attract readers 10 years after its initial publication.

A: I’m on the board of directors of two great nonprofit organizations.

One is the Austin Library Foundation, which works to raise funds for and awareness of the activities of the super-cool Austin Public Library. The other is the Worthy Garden Club, an Oregon environmental group that is working to plant a million trees in the Pacific Northwest. I’m proud of my association with both of these organizations.