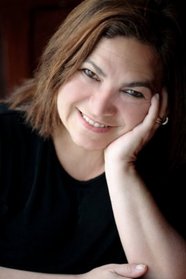 Marilyn Kaye is the author of Rachel Takes the Lead, a middle grade novel for kids. It's the second in her Spyglass Sisterhood series. Her many other books include the Gifted series. She lives in Paris, France.

Q: What inspired you to create the Spyglass Sisterhood, and why did you decide to focus on Rachel in this second installment of the series?

A: I wanted to write about a group of girls who have nothing in common on the surface, but who are able to form close friendships with each other. I needed something that would bring them together in the first place, and came up with a magical telescope.

Since the first book in the series featured the most extroverted girl, Ellie, in the second book I wanted to focus on the girl who isn’t as likely to reveal much about herself: Rachel. 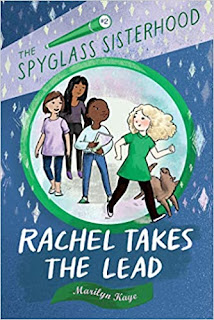 Q: As you were writing the book, what did you see as the right blend of magic and realism?

A: I wanted a little touch of magic in stories about people and situations which were realistic. What they would see through the spyglass might inspire them and inform them – but they’d have to resolve their situations in a realistic way.

A: I’ve always outlined my stories before I start writing them so I always know how they will end. I might make small changes along the way, but nothing too dramatic.

A: I don’t try to teach in my stories, but I do hope reading about these girls might provoke the notion that you don’t need to have a lot in common with your friends – that you can become close to someone who seems completely different.

A: I’m writing the third book, which features Kiara.