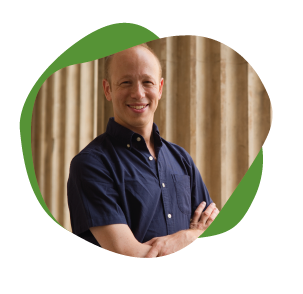 Michael Leventhal is the author of two new books, Babka, Boulou & Blintzes: Jewish Chocolate Recipes from Around the World and The Chocolate King. He is the publisher of Greenhill and Green Bean Books, and he's based in the UK.

Q: You have two new books coming out that deal in some way with chocolate--what inspired your interest in chocolate, especially the Jewish connection to chocolate?

A: I’ve been a chocaholic for more than 20 years. It started when I attended a lecture - with plentiful tastings -  at Chocolate Week in the UK. It’s an annual event which celebrates chocolate in various ways. The lecture opened my eyes, or rather my tastebuds, to the range of chocolates available and I’ve been trying new ones ever since.

I didn’t learn about the Jewish connection with chocolate until I read a book by Rabbi Debbie Prinz, On the Chocolate Trail, just after it came out in 2013.

Q: How did you collect the recipes in Babka, Boulou & Blintzes, and do you have a particular favorite? 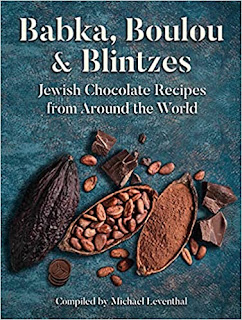 A: Ten years ago I founded a Jewish food charity named Gefiltefest, and, as a result, I’m in touch with some wonderful Jewish cookery writers and chefs around the world. That made it quite easy to get the first 20 or so chocolate recipes.

Still, I wanted to get to a grand total of 50 recipes from 50 contributors, so I reached out to people I’d never been in touch with before. I wanted to include recipes from as many countries as possible and that meant tracking down lots of experts around the world.

It is hard to chose a favourite, but I’d say Rachel Davies’ chocolate and tahini bark is a brilliant combination, or Joan Nathan’s delicious chocolate almond cake because it is 400 years old.

Q: How did you research The Chocolate King, your new picture book, and what do you think Laura Catalán's illustrations add to the book?

A: The book took much longer than I expected to research because I wanted to get every detail correct, and also not appropriate Maya and Aztec history. The Jewish connection to chocolate only begins in the 1500s - long after cocoa was discovered.

I also publish history books and, as a result, I am in touch with experts who advised me on everything from Mesoamerican haircuts to the correct sword hilt designs for the 1580s. 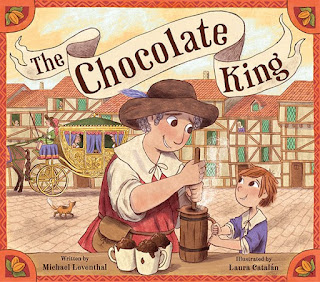 Laura’s illustrations deserve to win prizes. She has taken a tremendous amount of care in getting things accurate, but retaining a sense of life and humour. There are so many wonderful details in every spread. It is the sort of book that you can look at a hundred times and find new things every time you look.

Q: What do you hope readers take away from both books?

A: That is a hard question to answer. My main aim is to entertain readers. I want them to laugh and enjoy spotting new things in the illustrations.

I want young and old readers to learn how chocolate is made, because it strikes me as peculiar that something so common in everyday life still remains something of a mystery. I think very few people have ever touched or even seen a real cocoa pod - but many people have chocolate every day. 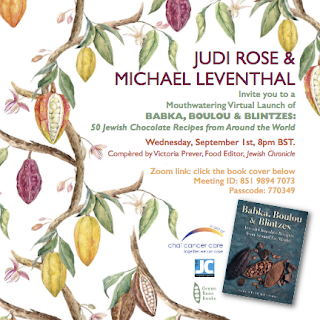 A: I am not writing anything, but I’m particularly proud of a new board book that I’ll be publishing by the American author Chris Barash, with illustrations by the Israeli illustrator Aviel Basil.

The book has one blind character and I’m hoping it will have Braille on the cover and throughout the book. This should make the book accessible to blind and partially-sighted readers, but also introduce many sighted readers around the world to the idea of Braille. I don’t know if this has ever been done before with a children’s book.

A: I enjoy cooking but when I attempted chocolate domes it was a catastrophe. I followed a BBC video, which showed how to pour melted chocolate over an inflated balloon. I was impatient and didn’t wait long enough for the chocolate to cool.

The predictable result was that the balloon exploded, splattering chocolate all over me, and my kitchen. Weeks later I was still finding and cleaning specks of chocolate.

Also, to end on a good, tasty note, I’d say that chocolate - in moderation - can be healthy. The addition of sugar is not a good thing, but for thousands of years doctors have written about the health benefits of cacao.

You can read about them - and also download a free chocolate history timeline and take a chocolate quiz - at https://greenbeanbooks.com/chocolate/.