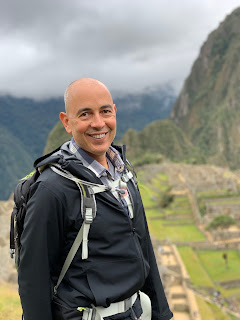 Eyal N. Danon is the author of the new novel The Golden Key of Gangotri. He also has written the book Before the Kids and Mortgage. He is a life coach and is the founder of Ignite Advisory Group, and he lives in New Jersey.

Q: What inspired you to write The Golden Key of Gangotri, and how did you create your character Harley?

A: The inspiration for the story was a hiking trip that I have completed to the Gangotri glacier, the source of the Ganges River in the Indian Himalayas. I was stuck in a similar snowstorm on route to the ice cave, and this ancient pilgrimage route inspired me to write this book.

In terms of Harley, the inspiration was a young woman by the name of Andrea that I met while hiking the Camino de Santiago in Spain. While she wasn’t looking for her missing father, she was looking to find a sense of meaning and purpose in her life, after experiencing several setbacks. 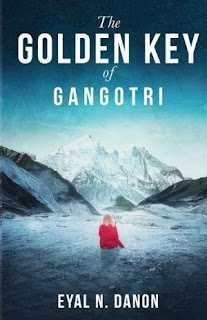 A: I had no idea how the  story would end, but knew that I wanted an end that will be open for interpretation, not something conclusive and final.

A: I actually hiked to the source of the Ganges River, so that part didn’t need any research; however, I did some research on the largest Hindu festival in the world, the Kumbh Mela, and was surprised to learn that as many as 120 million pilgrims attend this gathering!

A: There is always an opportunity to forgive yourself and start over, even if you think that it’s not possible anymore; and that following your dreams is a worthwhile effort, especially if everyone around you tells you that it can’t be done.

A: I am working on my third book, The Principle of 18, a unique life-stages system based on fulfilling the promise of each major stage in our lives.

A: I have backpacked around the world for one year with my wife and published a nonfiction travel memoir called Before the Kids and Mortgage.