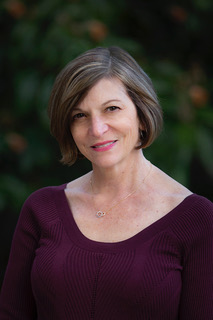 Rachel Michelberg is the author of the new memoir Crash: How I Became a Reluctant Caregiver. It describes her life after her husband suffered a traumatic brain injury following a plane crash. She lives in the San Francisco Bay Area.

Q: Why did you decide to write this memoir, and how were you affected by writing it?

A: It wasn’t a conscious decision, that I wanted to write a memoir. I had a story that I realized needed to be told. I’d read books and articles by people who’d rallied to overcome the challenges of being thrust into the role of caregiver – but nothing about those who’d rejected the role. I wanted to give them a voice.

I’ve often been asked if I wrote it as a therapeutic measure - to achieve some kind of closure about my decision and that chapter in my life. During the writing I denied that motivation – but in the interim since I finished writing I’ve come to understand that that’s exactly what I was doing.

No one wants to relive painful memories, but sometimes it’s the only way to move past it. I’ve certainly achieved not just an acceptance of my truth, I’ve grown to respect my resilience and self-awareness.

Q: You describe very difficult and personal events in your life and that of your family--what do your family members, especially your children, think of the book?

A: Quite different responses. My son Josh read an earlier draft and loved it. He pointed out a few inaccuracies (“Mom, we wouldn’t have been watching The Wizards of Waverly Place that year, it would have been iCarly.”) He’s got a mind-boggling memory.

Hannah, his older sister, isn’t ready to read it yet. After breaking down when seeing a picture of the wrecked plane, she’s keenly aware of her heightened sensitivities and doesn’t want to go there. I’ve agreed not to pressure her – though of course I’d very much like her to read it someday. 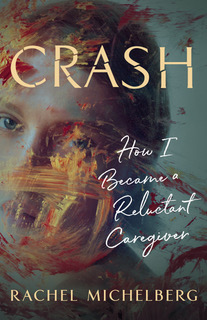 Q: What do you think the book says about the role of caregivers to those with traumatic brain injuries? What do you hope readers take away from your story?

A: The message I want to convey is that caregiving is hard, no matter what the disability is. When it includes a compromised cognitive function, it adds yet another layer of complication, because he/she is no longer the person you knew.

I have the most profound respect for caregivers, paid or not, because it requires almost complete selflessness, sacrifice and dedication.

Almost everyone – especially women – will be faced with a caregiving dilemma at some point in their lives. Usually it’s centered around a parent needing care, but sometimes – as in my case – it’s a spouse, child or sibling.

I want readers to be honest with themselves – can I do this, not should I do this? To allow themselves the option – when financially and/or physically possible - to consider a different choice than is expected of them.

A: As I was nearing completion of my manuscript, I was struggling with the title – not uncommon for authors. It has to convey so much.

I’d considered Flying Home, Unrehearsed, and Life is Good in Willow Glen (a reference to the neighborhood in San Jose where most of the story takes place – ironic because life was most certainly NOT good). None of them seemed quite right.

My writing teacher, Laura Davis, suggested simply Crash. It’s a nod to two of my favorite memoirs – Wild by Cheryl Strayed and Educated by Tara Westover  - with one-word titles.

Crash certainly has a double meaning – the plane crash that was the cause of my husband David’s brain injury, my own personal crash, both mentally and physically, and of course the difficulties our kids Hannah and Josh faced.

For the subtitle, I originally was going to use A Memoir of Motherhood, Perseverance and Guilt. My publisher Brooke Warner of She Writes Press wanted to include the word “caregiving” in the subtitle.

After some discussion about my reluctance to become David’s caregiver, we settled on How I Became a Reluctant Caregiver. That subtitle truly reflects the story.

A: Mostly guest blog posts to promote my book. I have an idea about a historical novel based on the lives of my mother and grandmother, focusing on their powerlessness as women during the early and mid 20th century.

However, I’ve come to realize that promoting a book and seeing it through a launch is almost a full-time job. I had no idea how time consuming it would be or how much mental/emotional energy it would demand. So that idea is on hold until after Crash is launched.

A: I truly wanted to believe I could rally to the cause and take care of David. It never occurred to me, until the social worker presented the option, that I had an option.

As I describe in the story, I only accepted her proposal for David to stay in a brain injury residential facility at first because it would be temporary.

As time went on I learned that I couldn’t be his long-term caregiver and continue to mother the children – and take care of myself as well. I had to give myself permission – every day - to make that unpopular choice.

I say “every day” because I felt constant overwhelming guilt, and had to remind myself regularly that I wasn’t a selfish ogre.

I still think it’s ultimately best if the disabled person can be with family. But that family has to be capable of dealing with it; otherwise resentment, aggravation, and even depression could result.

David lives with a full-time caregiver next door to his sister Dora in Israel. The kids visit him regularly (during non-Covid times). I believe he has found some peace. I know I have.