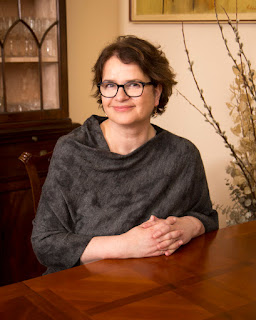 Paulina Bren is the author of the new book The Barbizon: The Hotel That Set Women Free. It focuses on the history of the Barbizon hotel in New York City. Bren's other books include The Greengrocer and His TV. She is a professor at Vassar College, and she lives in the Bronx.

Q: What inspired you to write The Barbizon?

A: I was fascinated by the scene in Sylvia Plath's novel The Bell Jar when her alter ego tosses her entire wardrobe off the roof of the New York hotel where she's living.

Of course that hotel was the Barbizon (although she renamed it the Amazon in the novel), and Plath did just that, despite having taken great care in purchasing her wardrobe for what she had hoped would be the most exciting summer of her life in New York in 1953.

Once I began to dig deeper, I also discovered that despite the importance of women's residential hotels in women's lives throughout a large part of the 20th century, there is very little written about them.

Q: In a New York Times book review, Moira Donegan writes, "Nominally an account of the hotel’s history, Bren’s book is really about the changing cultural perceptions of women’s ambition throughout the last century, set against the backdrop of that most famous theater of aspiration, New York City." What do you think of that description? 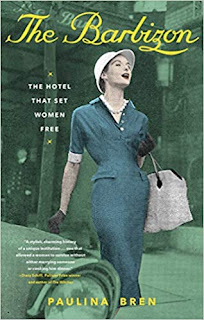 A: I'm so glad that the NYT reviewer identified this as central to my book.

Ultimately, there is just so much you can say about a hotel, but once you see it as  part of the landscape of women's lives and ambitions, and a marker of New York city and its changes over time, then the hotel becomes a living, breathing entity, and one that the reader can feel a real attachment to.

A: It was very challenging at first (I gave up a few times!).

Turns out, there are no surviving documents from the hotel, and so instead I had to find newspaper articles from the time, scrapbooks, photographs, letters--and of course former residents.

Everything became vital in telling the story; everything was another brick with which to rebuild the hotel, so to say.

My greatest surprise was discovering all these ladies in their late 80s and 90s, former residents of the hotel, who were articulate, funny, and with laser-sharp memories. They were a delight!

Women have always found a way to try to act on their hopes and dreams, regardless of the impediments. The impediments meant that often they could not succeed, but they tried, and that's saying a lot, especially considering what they were up against.

A: This is a story that remains relevant. Women's residential hotels went up in the 1920s to help women lead independent lives after World War I and the vote, but the ideas behind the concept are still relevant.

It was key that when the Barbizon was built, there were no kitchens for the residents to use, which meant they could not fall into the role of caregivers, and instead had to focus on themselves and their lives.

I think it's still a struggle for women to focus on their own ambition, and to feel that that's okay.