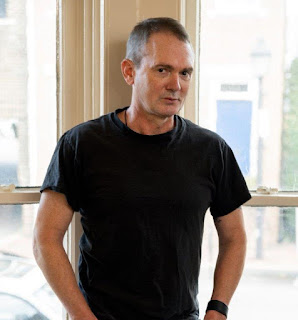 Christopher Leibig is the author of the new novel Almost Damned, a sequel to his novel Almost Mortal. He is a criminal defense attorney and former public defender. He is based in Alexandria, Virginia.

Q: How did you come up with the plot for Almost Damned?

A: The prequel, Almost Mortal, ends with Samson Young essentially committing to suing God, or at least the powers that be, for redemption of the descendants of the Fallen Angels who have been cursed to reside on earth forever. (Including some of his own relatives).

In Almost Damned, he has to deliver. Because the Fallen Angels came to earth, according to the Book of Enoch, referencing Genesis, at Mount Hermon in Israel, the story had to culminate there.

How to get there, and why God would consider hearing the plea, is the plot of the book. As more and more of these clients gravitate towards Sam, he gets some ideas. 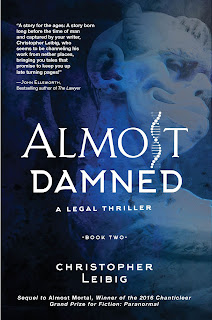 Q: Do you think Sam has changed from one book to the next?

A: Definitely. He’s realized that through his association with the descendants of the Fallen Angels, he is more powerful than he ever believed before, which also comes with a certain amount of craziness.

A: I know the rough ending, yes. The “how to get there” is more free association  until it works.

A: The good people, including the powers above, if there are any, are not always too good. Most of the people in powerful positions are no morally better than anyone else, usually worse. In Almost Damned, this includes so-called good Angels, and maybe even more.

A: I work full time as a defense attorney, so I am always jotting down ideas and interesting things I see or hear while representing clients.

I want to write a novel that is longer and more in-depth than the Almost Mortal/Almost Damned duology that will involve a modern-day component and an ancient component. (But no time travel. Never time travel. Time travel can be good, but I could never compete with Outlander).

A: There is a lot of religious Biblical lore in Almost Damned, but it is not a religious book. The Bible and other religious texts are fascinating even if you don’t buy into the simple narrative we are taught.