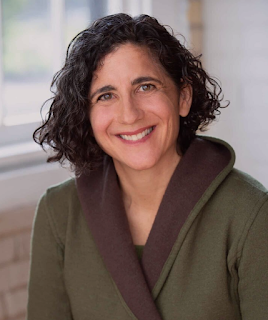 Kim Todd is the author of the new book Sensational: The Hidden History of  America's "Girl Stunt Reporters". Her other books include Sparrow.

Q: What inspired you to write Sensational?

A: I was reading Ten Days in a Madhouse by Nellie Bly, her story of pretending to be mentally ill to get committed to Blackwell’s Insane Asylum for Women in 1887. When she emerged, after witnessing rotten food and beatings, she wrote an exposé  for the World.

I was struck by her voice, so unlike much of the other 19th-century writing of the day. It was fresh and funny and created a narrative filled with tension, and I wondered about its impact.

When I started to poke around, like the research nerd that I am, it became clear to me that her articles were so popular they created a career path for an entire decade of female reporters whose main qualifications—like hers—were ambition, bravery, and a willingness to go to extreme lengths in pursuit of a story.

Scrolling through microfilm of all these old newspapers, I became particularly curious about a writer referred to only as the “Girl Reporter,” who wrote an expose of abortion practices for the Chicago Times in 1888. Her series shook Chicago, but she remained anonymous.

One of the projects of the book was to see if I could figure out who she really was and learn what happened to her. 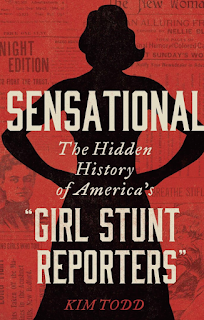 Q: The Publishers Weekly review of the book says, "Todd casts a sprawling net, rescuing some of her profile subjects from obscurity and adding depth to the popular portrayals of others." How did you choose the women you focused on in the book?

A: These journalistic stunts opened the door to the newspaper office for many women, a door that had been firmly closed before. I wanted to show the different outcomes of this opportunity.

So I chose some who became activists, some who switched to writing novels, some who had to retire because their articles were deemed so scandalous, and some, like Ida B. Wells and Victoria Earle Matthews, who weren’t stunt reporters at all but who pushed investigative journalism in other ways.

I also chose based on research materials available. It helped if they kept their letters or wrote a memoir. Some of the most fascinating characters, though, left hardly any trace.

Q: In the book, you discuss the concept of the "Girl Reporter" (as well as the actual "Girl Reporter" who wrote for the Chicago Times). What would you say are some of the most common perceptions and misperceptions about women reporters of these earlier times?

A: When these reporters are discussed today, their work is often dismissed as frivolous and sentimental. And part of their charm is the way that they don’t take themselves too seriously.

Bly, for example, was always joking about her vanity about her hair, and Nell Nelson painted a picture of herself covered with feathers as she attempted to make dusters in a factory. They treated themselves lightly so as not to appear intimidating.

But if you call their bluff and take them seriously, it’s clear that their work was highly significant, both in terms of changing laws and in terms of demonstrating that a woman’s body could be vigorous and strong, not the frail figure of Victorian medical school texts.

A: The fields of investigative journalism and immersion journalism are indebted to them, particularly in pieces where the writer creates a vivid first-person narrator who takes the reader along for the ride.

Another legacy is the character of the smart, brave, curious “girl reporter.” While many of the identities of these journalists are lost to history, the idea of the “girl reporter” lives on and continues to inspire, whether in the guise of Harriet the Spy or Lois Lane.

A: Both Nellie Bly and Joseph Pulitzer, publisher of the World, spoke eloquently about the possibilities of journalism. Bly got frustrated with the institution at times, but it’s easy to see why people are still encouraged by her.

“I write the truth because I love it and because there is no living creature whose anger I fear or whose praise I court,” she wrote. Words to live by.