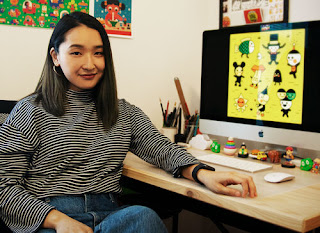 Uijung Kim is the author and illustrator of the new children's picture book Underground: Subway Systems Around the World. Originally from South Korea, she lives in Brooklyn.

Q: How did you come up with the idea for Underground, and how did you choose the subway systems to include?

A: When I moved to New York City, I didn't like riding the subway because it is too crowded, always busy, and people get frustrated with delays, but it is the opposite for children. They love to get on the subway and look at everything interesting.

So I pitched the idea, and my publisher suggested adding the facts of subway systems and countries, which helped me with making an interesting book. 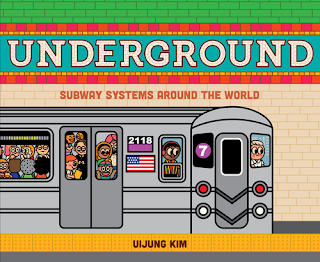 A: With some countries I've actually been there, so I remember what the subway looks like. Otherwise, I Google them and watch YouTube videos, or search terms in the home country's language so I can find more pictures of subways and information.

Q: How many of the subway systems in the book have you traveled on?

A: Three: New York, Tokyo, and Korea, my home country!

A: When I was a university student, I took a children's book illustration class. During the class, I had to create one book, and I remembered how much I really liked doing it.

A: I just finished an editorial illustration for a financial magazine.

A: If you are interested in my book, you can get it on Amazon and Barnes and Noble!