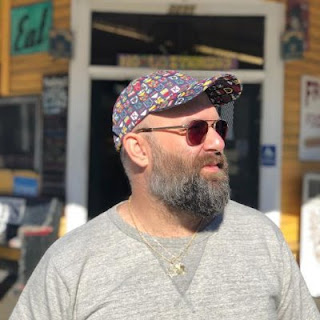 Jason Diamond is the author of the new book The Sprawl: Reconsidering the Weird American Suburbs. He also has written Searching for John Hughes. He lives in Brooklyn.

Q: Why did you decide to write The Sprawl, and how has your view of suburbia changed over the years?

A: I'm always drawn to things that we tend to sneer at and I can't think of many things that people tend to ridicule as the suburbs. And I wanted to understand if that ridicule was valid or not, as well as figuring out why we view suburbia the ways we might.

I didn't want to make some sweeping everybody hates suburbia argument, because that's not the case. But I think, culturally speaking, we have pigeonholed the suburbs.

You look at so many of the books and movies, albums or television shows that are about or take place in the suburbs, and you see a lot of trends and stereotypes. I wanted to explore how that all came about.

Q: You write, "Despite everything, I believe in the suburbs. I believe they can be welcoming places for everybody; places that are environmentally friendly, less car-oriented, and designed (or re-designed) smarter. What do you see looking ahead when it comes to suburbia? 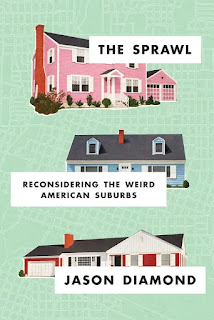 A: Right now, it's very tough to say given everything that's happening in the world and the belief that people will empty out of the cities and go back to suburbia — something I'm not totally sure will happen.

That's not to say some people won't make that move, and I'm hopeful that the suburbs can start to look more like some cities and not the other way around.

I'd like to see suburbs become more community-oriented, and not just places where people live. I think we're already starting to see that. A lot of people I talked to said that before things like social media, they never knew who their neighbors were. Now they're in groups online with people that live on their block and it has helped them become closer.

I'd love to see more of that, more IRL engagement when it's safe again to do. There has been a decline in social engagement in America that was happening long before covid, especially in the suburbs. My hope is that we realize how much we need to communicate with the people around us once this is all over.

Q: How would you describe the role of the suburbs in this year's presidential election campaign?

A: I mention this in the book, but every four years the media becomes fascinated with the suburbs, and this year was obviously no different. Then when you had Trump talking about the suburban way of life and all the talk of women voters in suburbia, well, it felt even a little more than usual. But I'd describe it as normal. I think people in the suburbs have seen their way of life is in trouble and voted based on their worries.

I'm not a fan of hypotheticals and don't feel comfortable saying whether or not it would have been different had there not been a pandemic that has killed hundreds of thousands of people, but I will say that before covid, there was already a movement taking place in a lot of American suburbs where you saw people getting more politically engaged. And I think you would have seen that have an impact either way.

A: Really, the same thing I hope for with anything I write: I just want people to think a little more and to understand not everything is as black and white as it seems.

A: I have another book I'm piecing together and also a novel I've been working on during the pandemic. I'm always writing so hopefully I'll finish something new soon.

A: I hope everybody is staying safe. It's a scary time out there.