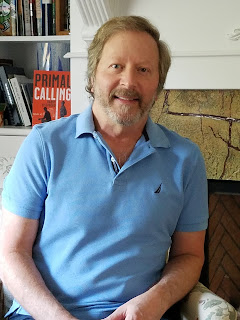 Barry Eisenberg is the author of the new novel Primal Calling. He is an associate professor of health care management at SUNY Empire State College, and he lives in New Jersey.

Q: You note that the inspiration for this novel came from a story you heard on the radio. Can you say more about that?

A: A few years ago, I was driving home from work and turned on the radio just in time to catch the very end of a story about a young man who had embarked on a search to find the father he had never known. The reporter quickly recapped the story without much detail and wished him luck before moving on.

I would have loved to have heard more of the circumstances, because that small bit of this young man’s story stayed with me. I am not sure why, but I couldn’t stop thinking about what his journey would entail, from the logistics to the emotions.

I became fascinated by the prospect of writing a short story about it, which I set out to do. However, the more attached I got to Jack, the name I gave to this young man, the more I kept writing. That short story became the full-length novel, Primal Calling. 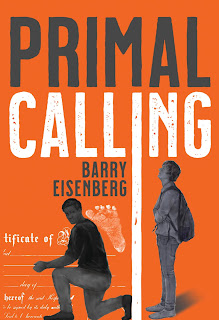 A: I actually had to do a lot of research, and almost everything I learned was surprising!

Primal Calling required considerable research in the areas of oil exploration and international espionage, topics with which I had only some familiarity.

But it was the research on adoption and custody that I found most moving, and often astounding. The lengths to which people go to find lost or unknown family members can be staggering, and the obstacles they face can loom as insurmountable. While the bonds that connect family may be strong, they can often be tangled, beset with complications.

The seemingly disparate themes of family unification, international relations, and oil exploration are woven together in the book. My background in conducting research, including getting a doctorate in the social sciences, has proven very helpful in my fiction writing.

Researching the subject matter for a book is a means of dignifying our obligations to our audience as it shows that we care about being authentic with the parts of our work that are fact-based.

A: I had a rough outline of the story in my mind as I set out to write the book. I did not know where it would end but I did know what I wanted it to feel like for Jack as he journeyed to discover the source of the other half of his DNA.

He couldn’t anticipate where his search would lead and, actually, neither did I. I wrote what felt right based on the efforts he made, the paths he took, and the obstacles he had to overcome.

After it was written, I went back and made many modifications, some with respect to plot points but most changes were intended to develop my characters, giving their voice texture and their motives clarity.

A: I hope readers enjoy the story and care about the characters. A novel is the entrance to a two-way street, what the author brings and what the reader takes from it, with their perspectives shaped by their respective life experiences.

My hope is that readers connect in some way, whether to the international maneuverings or the family struggles, or something else entirely, but in the end find it a satisfying read.

A: Currently, I am working on a novel about a family faced with the difficult decisions about how to care for an aging, declining parent. This story was inspired by our family’s actual experience, as I reported in The New York Times: Lessons on Living from My 106-Year-Old Aunt Doris.

The response was overwhelming, and I quickly realized that so many others were living with predicaments similar to the one our family experienced. This next novel will address those dilemmas, and maybe offer some hope for rewarding pathways forward.

A: Inspired by the scores of amazing people I have met in my career in healthcare, I am awed by the ordinary person – any one of us – who rises up with perseverance and dedication when facing extraordinary circumstances and discovers an inner strength they never knew they had. I try to bring out in my characters this modest kind of bravery.

Early in my career, working at Memorial Sloan-Kettering Cancer Center, I was taken by the strong commitment of staff to their patients. I was terribly uneasy about my initial visit to the children’s section of the hospital, anticipating that seeing children with life-threatening illnesses would be unbearably sad.

And, while in one way it was, what was even more striking was their hope and optimism. Meeting these children and seeing the incredibly caring staff working with a generosity of spirit, helped me to understand the meaning of courage in a new and deeper way.

Currently I work at the State University of New York and my students bolster my appreciation of courage as they are on the front lines of providing care.