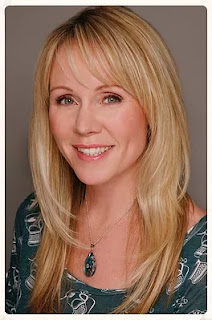 Deborah Kerbel is the author of the new children's picture books Slow Moe and Snow Days, among many other books for young readers. She lives in Thornhill, Ontario.

Q: How did you come up with the idea for Slow Moe?

A: As with most of my picture books, the idea for the story originated with one of my own kids.

When he was little, my son Jonah (now 18 years old) was a total slowpoke when it came to things like cleaning up his room, or getting dressed in the morning, or walking to school. And yet, when an activity pleased him, he could morph into the fastest kid around.

I wanted to explore the notion that many of us have some sort of a
“secret identity” – a part of our personalities that only comes out with certain people and/or in certain circumstances. I think most families with young kids will relate to slow-poke Moe and his big sister. Doesn’t every household have a snail in their midst?

Q: The Kirkus Review of the book says that "the title character reminds readers that we are different people depending upon whom we are with and that familial relationships are complex and simple at the same time." What do you think of that description? 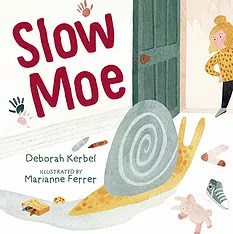 A: Very insightful. I think we all subconsciously wear different hats, depending on the company and situation we find ourselves in. Moe’s not actively trying to be a snail…he’s just reacting genuinely to different circumstances. And, as frustrated as his big sister gets with him, I think she fundamentally understands that.

Family members might annoy you sometimes (or often) – and that’s okay. But when push comes to shove, they’ve got your back (and hopefully you’ve got theirs).

Q: You also have another new picture book, Snow Days. What inspired that book?

A: Snow Days was also inspired by my kids and the pure, wondrous delight they found in snow. They’re teenagers now, but when they were little every kind of snow held its own distinct magic. Packing snow, powder snow, frozen snow…even blizzards.

I remember how our daily seven-minute walk to their school would take the better part of an hour because they had to climb every single snowbank they passed along the way. Their joy was infectious, so I decided to write a picture book about different kinds of snow and the magic each one brings. 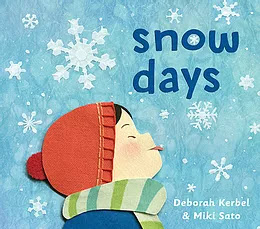 Plus, we’re Canadian which means, whether you like the cold or not, snow is a big part of our national identity.

Q: What do you think the illustrations--by Marianne Ferrer and Miki Sato respectively--add to the books?

A: Well, to start with they’re both brilliant talents. I’m in complete awe of picture book illustrators, the many layers they add to a story and their ability to visually bring a book to life.

Marianne Ferrer adds an abundance of humor, whimsy, and charm to Slow Moe. Look at her illustrations closely and you’ll see lots of little clues that hint at Moe’s secret identity. And Miki Sato’s collage illustrations in Snow Days are pure delight. They’re so tactile and vivid, you want to reach out and touch the page to check whether they’re actually real.

A: Currently, I’m working on a new middle-grade novel called Iggy Included, as well as another picture book that I can’t reveal too much about at this stage.

I’m also in various editing phases of 11 more books – from middle-grade, to graphic novel, to picture books – that I have coming out over the next two years. I’m juggling a lot of balls in the air at the moment!

Plus, I’m happy to announce that Miki Sato and I have a sequel to Snow Days coming out – watch for Sunny Days in May 2021.

A: As the holiday season approaches, a gentle reminder that books make the best gifts! (And please support your local independent bookstores with your purchases.) Thanks for having me, Deborah!