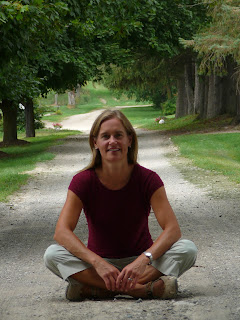 Yolanda Ridge is the author of the new young adult book CRISPR: A Powerful Way to Change DNA. A former genetic counselor, she lives in British Columbia, Canada.

Q: Why did you decide to focus on the CRISPR technology in your new book?

A: This is a long story but I’ll try to keep it short. Since stepping away from genetic counseling to raise my twin boys, I’ve been writing middle grade fiction. I’ve had some success with publication but also some frustration.

A fellow writer suggested I use my background in genetics to try nonfiction for kids. I thought it was a good idea but had no idea where to start.

CRISPR didn’t immediately come to mind (partly because it wasn’t a thing when I was working as a counsellor) but once I started reading about it, I was captivated. When I realized that most of the literature on CRISPR was written for scientists by scientists, I knew I had to write something more accessible. 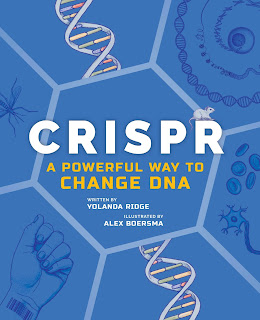 Q: What would you say are some of the most common perceptions and misperceptions about CRISPR?

A: That it can be used to create designer babies and bring back extinct creatures like the woolly mammoth.

I do cover these things in the book but I also have a full chapter on potatoes. That might sound boring but gene editing could help us grow pest-free potatoes that can thrive in different climates. Plus, "CRISPR potato chips" that are healthy and taste good? Yes, please!

A: The question of whether to use CRISPR (or not) is not black and white. I think this is true of a lot of technology.

It scares me that we live in an increasingly divided society of people who like to make quick decisions based on things like political allegiance or worse, something we saw on social media.

I really want to contribute to science literacy so the next generation can make decisions based on fact and thoughtful consideration of all the issues.

Q: What do you see looking ahead when it comes to CRISPR?

A: I’ve already talked about potatoes but I really think gene editing will help us feed the planet in the future. The ethics of applying CRISPR to crop production are more straight forward than other applications.

And CRISPR can do cool things like make allergy-free peanuts but also very practical things like making drought-free crops that will help the world—particularly the developing world—survive climate change.

A: I haven’t given up on fiction! I’m working on a middle grade book about an 11-year-old hockey player who turns to a bobblehead doll for help when he steps up to be goalie of his team.

But I’m balancing it out with more nonfiction and my current proposal is for a book on not-so-natural selection that covers human-influenced evolution and, you guessed it, more genetics.

A: CRISPR: A Powerful Way to Change DNA is aimed at readers 14 and above to tie in with the curriculum (genetics is usually introduced in grade 10). But it’s appropriate for younger readers with an interest in science and great for adults that are new to the subject.

After my 85-year-old stepdad read it he said, “People need to know this stuff, not just kids!”