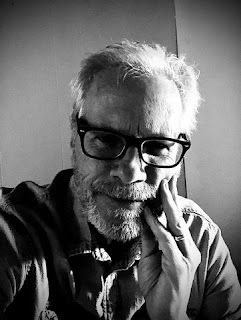 Lin Enger is the author of the new novel American Gospel. He teaches English at Minnesota State University Moorhead.

Q: How did you come up with the idea for American Gospel, and for your cast of characters?

A: I wrote a draft of what eventually became American Gospel more than 30 years ago, just after grad school. Several of the novel’s characters played key roles in that early draft; none are based on anyone I’ve known, and yet all would have been comfortable in communities I was at least tangentially a part of.

In any case, the first iteration of that novel was a failure, thanks to its wandering and at times melodramatic storyline. I put the manuscript in a trunk and assumed it would stay there.

Then, about a decade ago, it occurred to me that I could use the Rapture idea—the character Enoch’s belief that God has told him the precise date of Jesus’ rescue of true believers—as a means to give shape to that early, failed novel. And so in this case, the characters existed long before I invented the story that freed them to play the roles they were meant to play.

As for the Rapture premise, as a young person I was often told that such an event would likely occur in my lifetime—and that was the very last thing I wanted to hear! The people I’ve known who resemble Enoch have struck me as sincere in their beliefs while at the same time masterful at the art of manipulation.

Q: The novel takes place over the course of 12 days in August 1974. How did you decide on that time period, and did you need to do any research to recreate it? 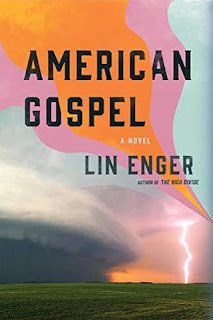 A: Once I’d invented the novel’s inciting incident and premise, I had to decide whether to set the story in the present (or near future) or in the past.

Setting it in the present, I feared, might cause readers to wonder if the novel may in fact end with the Rapture, and that was not an assumption I wanted readers to make. I had no interest in writing a book about eschatology; I wanted to write about belief and about the exploitation of those who want or need to believe.

As for the 1970s—1974, in particular—it seemed like the ideal moment for such a story, in part because popular culture was obsessed with apocalypse—political, environmental, religious—and in part because the American public was then waking to the fact that they’d been deceived at the highest levels for years (Vietnam, Watergate, etc.)

I didn’t need to do a lot of research for the novel because I came of age during that decade and remember it well. Nevertheless, research is part of what I love about writing fiction, and I did read a few excellent books on the history of Evangelicalism, with a focus on that movement’s obsession with end-times doctrine.

I should add that I’ve been amazed at how much the novel resonates with our current moment—not only the pandemic and its reminder of the precariousness of our existence, but also our fractious political environment, in which a significant minority of the population has given itself over to a cult of personality, apparently willing to accept without evidence every lie they’re asked to believe.

A: American Gospel means, in Anglo Saxon, god-spel— “good story.” I hope my novel is a good story; I know it’s uniquely American. In it, I hope readers recognize a defining aspect of our culture—the large swath of American religion that seems to prize American values over Gospel virtues and often undermines the faith of its adherents by its elevation of dogma over mystery.

Q: The Publishers Weekly review of the book says, in part, "Enger effectively expands on themes of belonging and blind devotion as a group of true believers face their final day of reckoning." What do you think of that description?

A: It’s an apt description. I think the “blind devotion” encouraged by some conservative religious groups turns the impulse toward belief—what might be a powerful and liberating force—into a limiting weakness.

Also, American Christianity’s obsession with the idea of a hard-stop to life as we know it has far-reaching societal and political consequences, some of them dangerous. If the end of time is entirely beyond our control, and moreover, if it is imminent, what motivation do we have to plan wisely for the future, to make decisions, for instance, that will protect the environment?

A: I’m teaching, as always—online for now. The pandemic year has not been a creative time for me. I have not been writing. I hope this fallow period is followed by a surge of productive energy.