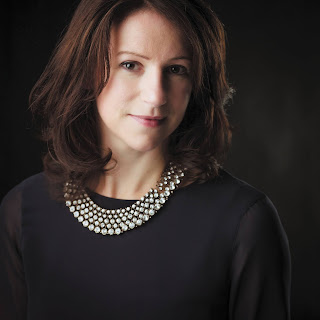 Hazel Gaynor is the author of the new historical novel When We Were Young & Brave, which takes place during World War II in China. Her many other books include The Lighthouse Keeper's Daughter. She lives in Ireland.

Q: Your new novel was inspired by true events--how did you come up with your characters Nancy and Elspeth, a student and a teacher at a British-run school in China?

A: I really wanted to tell this story from the point of view of a child and a teacher so the story is written in alternating chapters between Nancy – a 10-year-old child at the school - and Elspeth Kent, her teacher.

The characters were drawn from the many accounts I read of civilian internment in Japanese camps in China and the Asia/Pacific region, and from specific accounts written by the Chefoo School children as adults. I really wanted to show how differently the events were experienced by the children and adults, and how they came to rely on each other in very different ways.

A: This really was an enormous research task, which involved a mixture of wider historical reading about World War II, the Sino-Japanese War, and the war in the Pacific, followed by more detailed accounts of the Chefoo School group and Weihsien internment camp. 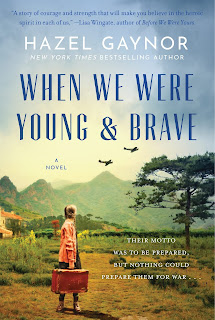 I spent some time at the China Inland Mission School archives which are held at the University of London, and gained a sense of the setting of the internment camp and conditions there through the detailed accounts many of those interned have written as adults.

Q: Why did you decide to focus on Girl Guides in the book?

A: Girl Guides (Girl Scouts) was a very important part of the school week for the Chefoo School group. When the school was occupied by the Japanese army and with so much changing and out of their control, the teachers turned to the routine and structure of Girl Guides to help maintain a sense of normality and fun.

The very practical skills the girls learned through Brownies and Guides also helped them with day-to-day camp life. I found the contrast between the guide principles and laws – lend a hand, be prepared etc – and the very controlled regime of the guards to be especially poignant.

A: I’ve been completely overwhelmed by the reaction to the book! So many readers have told me how strongly they’ve connected with the characters and that the story has moved them to tears. And yet although this is a story of war, it is ultimately a story which reminds us of the power of kindness, and of the importance of friendship and hope in the face of adversity.

I hope it gives readers a sense of comfort, and a little time away from the difficulties we are all facing right now.

A: I have just finished editing my next co-written book with Heather Webb. It is called Three Words for Goodbye, a coming-of-age novel set in pre-World War II Europe and is due for publication in July 2021. The blurb is as follows:

Three cities, two sisters, one chance to correct the past . . .

New York, 1937: When estranged sisters Clara and Madeleine Sommers learn their grandmother is dying, they agree to fulfill her last wish: to travel across Europe—together. They are to deliver three letters, in which Violet will say goodbye to those she hasn’t seen since traveling to Europe forty years earlier; a journey inspired by famed reporter, Nellie Bly.

Clara, ever-dutiful, sees the trip as an inconvenient detour before her wedding to millionaire Charles Hancock, but it’s also a chance to embrace her love of art. Budding journalist Madeleine relishes the opportunity to develop her ambitions to report on the growing threat of Hitler’s Nazi party and Mussolini’s control in Italy.

Constantly at odds with each other as they explore the luxurious Queen Mary, the Orient Express, and the sights of Paris and Venice Clara and Madeleine wonder if they can fulfil Violet’s wish, until a shocking truth about their family brings them closer together. But as they reach Vienna to deliver the final letter, old grudges threaten their reconciliation again.

As political tensions rise, and Europe feels increasingly volatile, the pair are glad to head home on the Hindenburg, where fate will play its hand in the final stage of their journey.

A: I’d like to say a huge thank you to readers who have taken When We Were Young & Brave to their hearts, and have also taken me to the national bestseller list in the USA. These are such strange and troubling times for us all, and I’m so grateful to readers and booksellers for keeping us connected.

Finally, I’d like to encourage readers to shop at their local independent bookstore if possible. They need our support now more than ever.