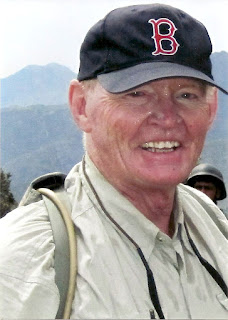 Bing West is the author of the new book The Last Platoon: A Novel of the Afghanistan War. A combat veteran and former assistant secretary of defense, he has written 11 books. He lives in Newport, Rhode Island, and Hilton Head, South Carolina.

Q: What inspired you to write The Last Platoon, and how did you create your character Captain Diego Cruz?

A: : For 20 years, on the front lines I watched as our grunts struggled to build a nation, an impossible mission. I wrote the novel as a metaphor so that every reader could understand what our grunts did, and why our top leaders persisted with a grave mistake. 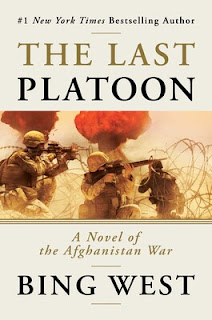 Q: The novel takes place over the course of seven days. How did that timeline affect the writing of the book?

A: The novel took 2 1/2 years and five drafts. I compressed the timeline so that a tour of duty of seven months takes place in vivid actions in seven days. This way, the reader knows the ending is coming soon!

Q: What do you think the novel says about the war in Afghanistan, and what do you see looking ahead when it comes to Afghanistan?

A: Our policy in Afghanistan was naive and arrogant; we could not make democrats out of tribesmen hurtling into the 9th century. Afghanistan will fall apart. For the US, the worst outcome will be the fall of Kabul, like Saigon fell in 1975.

A: Nonfiction pays the bills; fiction is fun.

A: A CIA thriller with the same characters, and a nonfiction about the legendary director of CIA "special activities."

A: Another big war will come. Human nature guarantees that. We do not have a united country. We will be tested.